8 Kharif crops, nine Rabi crops to be covered under crop insurance this year 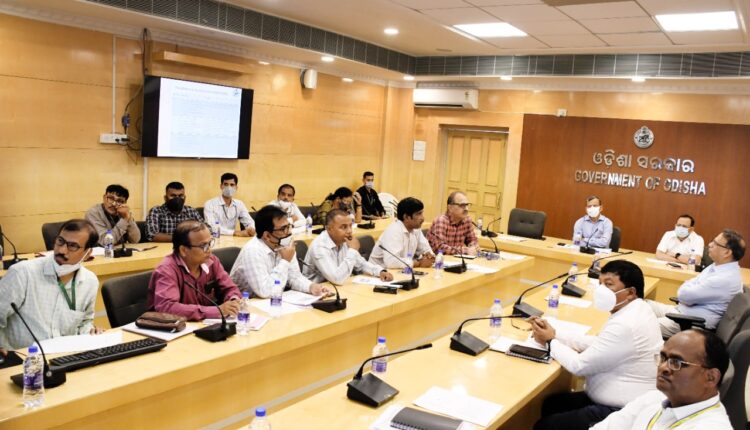 Reviewing the performances under crop insurance, Mahapatra directed insurance companies to ensure cent percent disbursal of all settled amount directly to bank account of the farmers within a couple of weeks. He emphasised, “Farmers’ issues cannot be delayed and all their genuine claims must be paid on priority.” He made it clear to the companies that any delay in this matter would be seriously viewed by the Government.

Development Commissioner Pradeep Kumar Jena directed to choose from among the proven technologies and customize those as per State’s agro-climatic zones. He also said that the satellite imagery would be quite helpful in data sanitization, evidence based planning and wider coverage of crop insurance. It was decided that satellite verification of ‘crop area and yield’ would be done for all crop lands from the coming year.

Discussions in the meeting showed that eight crops namely paddy, groundnut, maize, arhar, ragi, cotton, ginger, and turmeric would be insured during the Kharif 2022; and, nine crops namely paddy, groundnut, black-gram, green-gram, mustard, sunflower, sugarcane, potato, and onion would be insured for Rabi season. Generally, gram panchayat and urban local body would be the insurance unit for paddy, and block would be the insurance unit for non-paddy crops. July 31 would be the cut-off date for enrolment of for Kharif insurance.

Outgoing director of Agriculture Muthu Kumar appraised, “Crop insurance in the State is being done under the Pradhan Mantri Fasal Beema Yojana (PMBSY) with funding support from both the State and Central Government. Around 98 percent of the premium amount against each crop is provided by the Central and State Government on equal basis, and about 2 percent is contributed by the concerned farmer.” About 12.30 lakh farmers with 10.50 lakh hector crop land were enrolled during Kharif season of 2021. The enrolment in Rabi season of 2021-22 was around 0.34 lakh farmers and 0.41 hectors of crop land. The chief secretary directed to bring more and more non-loanee farmers under the fold of PMBSY during the current Kharif and Rabi seasons.