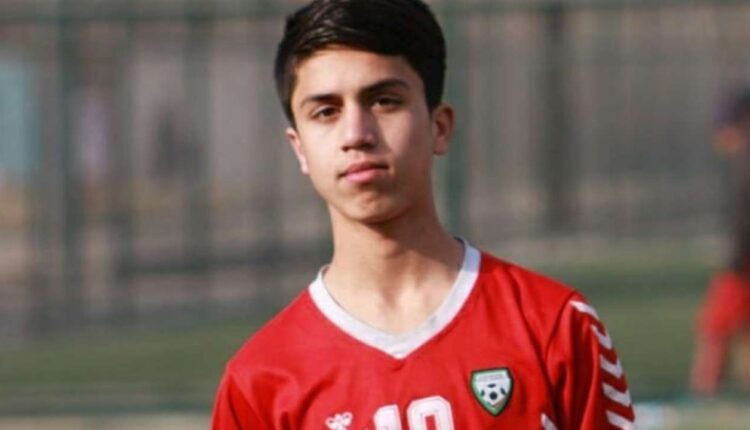 Kabul: A 19-year-old Afghan footballer Zaki Anwari was among those killed after he clung to a US military aircraft leaving Hamid Karzai International Airport in Kabul to Doha. According to reports, his remains were found in the wheel well of the aircraft when it landed in Doha.

According to a report in france24.com, Anwari was identified as one of those who had stormed the runway in a desperate bid to cling on to evacuating flights. The report said that he was a high school student and a member of the country’s national junior football team.

According to a report in dailymail.co.uk, he was trapped in the landing gear of the US evacuation flight.

“Mr Anwari’s remains were discovered in the wheel well of a US C-17 transport jet when it arrived in Qatar, after the plane had taken off from Kabul with despairing Afghans clinging to the fuselage on Monday,” the report claimed.

“His football team the Khorosan lions reported that he had been among the teen’s videoed clinging to the side of a US C-17 transport,” it added.

Rashid Khan worried about his family, can’t get them…