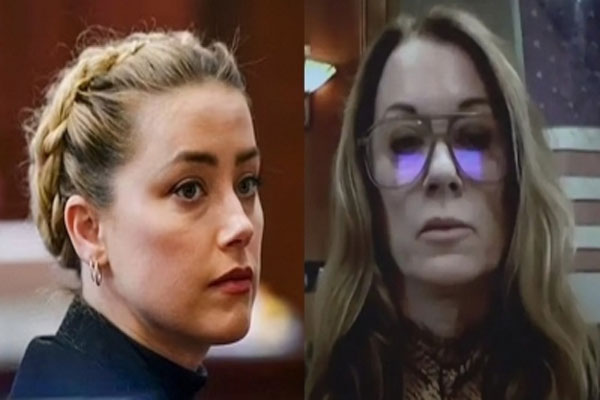 Los Angeles: The ongoing legal battle between ‘Pirates of the Caribbean’ star Johnny Depp and his ex-wife Amber Heard has taken an interesting turn as Heard’s former assistant Kate James, has testified against her boss’s claims of physical abuse at the hands of Depp in the court, reports ‘Insider’.

Heard is being sued by her ex-husband, Johnny Depp, for $50 million, on allegations that she defamed him by describing herself as a “figure representing domestic violence” in a 2018 op-ed in the ‘Washington Post’.

As per ‘Insider’, Heard responded to the lawsuit by countersuing Depp, and alleging that he physically assaulted her on 10 occasions throughout their relationship. The couple parted ways in 2016, after Heard filed for a protective order in court, with what appeared to be a bruise on her face.

Depp’s attorneys presented a prerecorded video of Kate to the jurors. During her period of working for Heard as her personal assistant from 2012 to 2015, Kate argued that she never witnessed Heard and Depp getting into verbal or physical altercations, nor did she notice any evidence of domestic violence during her regular visits to the couple’s respective homes.

However, she said Heard did contact her in distress after arriving back at their home in Los Angeles after a private flight with Depp in May 2014. For the said incident, Heard alleged in court filings that Depp kicked her and threw objects at her on the flight because he was upset about a romantic scene she had filmed the day prior with James Franco.

Kate also recalled how she was at the receiving end of humiliation and abuse from Heard when she asked for an increased salary. ‘Insider’ reports that she said she initially took the position for $25 per hour because the schedule was flexible enough for her to be able to pick up her son after school.

But about six months into the job, James said, it became a full-time position. She says Heard screamed at her when she pushed back against the $50,000 salary Heard offered, which she said was about half of what she usually makes.

Recalling the incident, Kate said, “She (Heard) leapt out of her chair and put her face approximately four inches from my face, spitting in my face, how dare I ask for the salary I’m asking for.”