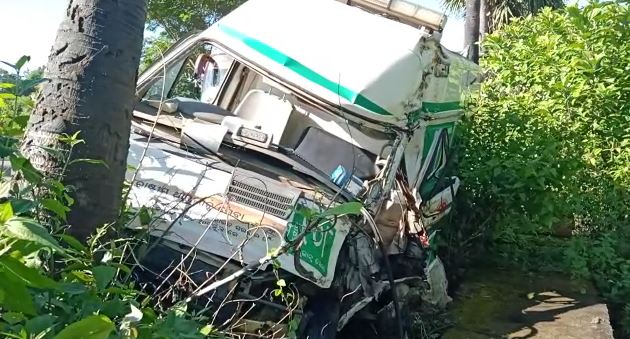 Bhawanipatna: An ambulance hit a tree near Mahichala under Junagarh police limits in Odisha’s Kalahandi district killing a patient and the helper of the emergency service vehicle, late last night.

According to reports, the 108 ambulance van was carrying a patient namely Sumitra Durga of Kapurmal village under Jaipatna police limits to the District Headquarters Hospital here.

The driver of the ill-fated ambulance lost control over the wheels, as a result of which it dashed against a roadside tree leaving the patient and the helper dead.

Besides, three family members of the patient who were inside the ambulance sustained injuries in the accident.

Youth tied to motorcycle, forced to run for 2 km in Odisha’s Cuttack city