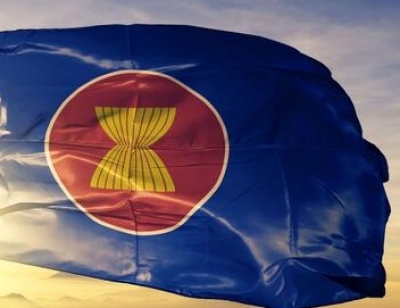 Phnom Penh: The Association of Southeast Asian Nations (ASEAN) launched a regional plan of action on women’s peace and security on Monday in partnership with UN Women.

The ASEAN Regional Plan of Action on Women, Peace and Security (ASEAN RPA on WPS) was adopted by the ASEAN leaders during the 40th and 41st ASEAN summits in Phnom Penh last month as a key deliverable during the ASEAN chairmanship of Cambodia, Xinhua news agency reported citing a joint statement as saying.

It aims to advance commitments to the women’s peace and security agenda and turn them into action, it said.

Cambodian Minister of Women’s Affairs Ing Kantha Phavi said the development of the ASEAN RPA on WPS is a major step forward to fulfil ASEAN’s vision in achieving gender equality.

“Promoting women’s roles and participation across all realms of peace and security ranging from conflict prevention, peace building, preventing violent extremism and tackling emerging security risks such as disaster and pandemics in the region is imperative to reach our goal as inclusive and people-centred community,” she said.

“ASEAN is committed to continuing to forge ahead with advancing WPS agenda and the ASEAN RPA on WPS will guide our ways.”

The regional plan of action is a major step forward in ASEAN’s efforts to ensure that its 10 member states recognise and leverage women’s participation and leadership in preventing conflict and in maintaining peace in the region.

UN Women in Asia and the Pacific regional director Sarah Knibbs said the women, peace and security agenda was founded with a simple but transformative idea that peace was fundamentally linked to equality between women and men.

“The ASEAN Regional Plan of Action on WPS provides a critical framework for realizing a more inclusive and sustainable peace in this region and a starting point to mainstream WPS into peace and security decision-making in the region,” she said.

The launch event called for ASEAN member states to commit themselves to effectively implementing the ASEAN RPA on WPS, the statement said.