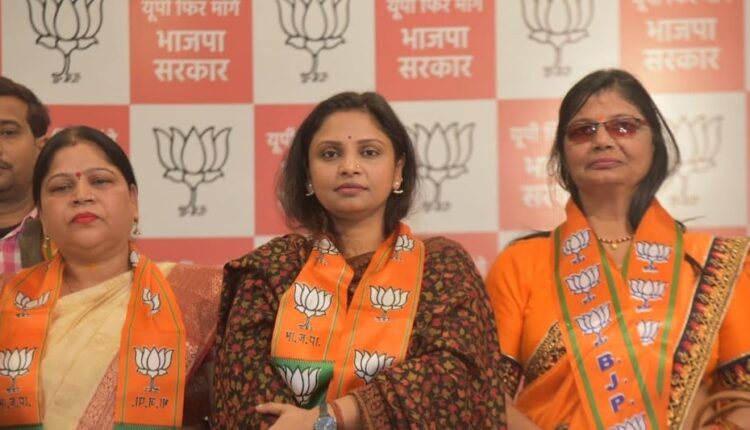 Lucknow (IANS): In the battle for Uttar Pradesh, Congress has lost its third poster girl, Pallavi Singh, to the Bharatiya Janata Party (BJP).

Pallavi Singh, who was among the women who featured in the Congress’ “ladki hoon lad sakti hoon (I am a woman and can accept a challenge)” campaign in Uttar Pradesh has joined the BJP in Lucknow.

Earlier, two other faces of the Congress’ women-centric poll campaign — Priyanka Maurya and Vandana Singhb –launched in the state by party leader Priyanka Gandhi Vadra had joined the BJP.

Welcoming Pallavi Singh, former Uttar Pradesh BJP chief Laxmikant Bajpai, the head of the joining committee, said, “Three of the four sisters in the Congress poster are now in the BJP family which means that three-fourths of the Congress is with us.”

Pallavi Singh, like her predecessors, accused the Congress of ignoring committed party workers and opting for turncoats who do not even subscribe to the party ideology.