Big B’s official look in ‘Chehre’ out, trailer on March 18 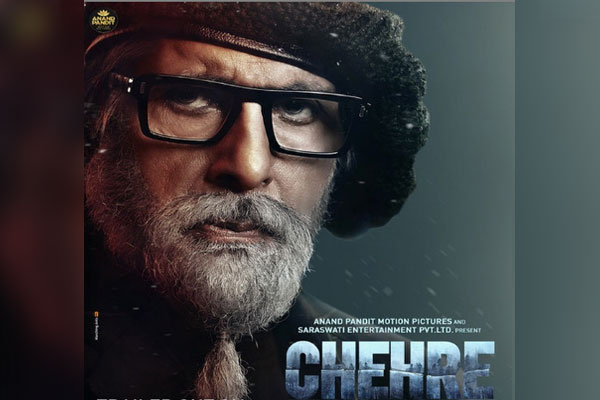 Mumbai:  Amitabh Bachchan’s solo poster for the upcoming psychological drama Chehre was officially launched on Monday. The trailer of film, also starring Emraan Hashmi, will unveil on March 18 and the film is slated to release on April 9.

Big B has a flamboyant look in film going by the official poster. He wears a stylish cap and spectacles with a solid black frame, and strikes an intense look in the close-up shot. The highlight, however, is his beard, tied neatly below the chin.

Both actors took to social media to announce the release date of the trailer. They shared the poster of the film along with the announcement.

The film was earlier supposed to release on April 30 but has been rescheduled for April 9.

Chehre has lately made headlines for Rhea’s disappearance from the posters of the film, leading to speculations of her being ousted from the project.