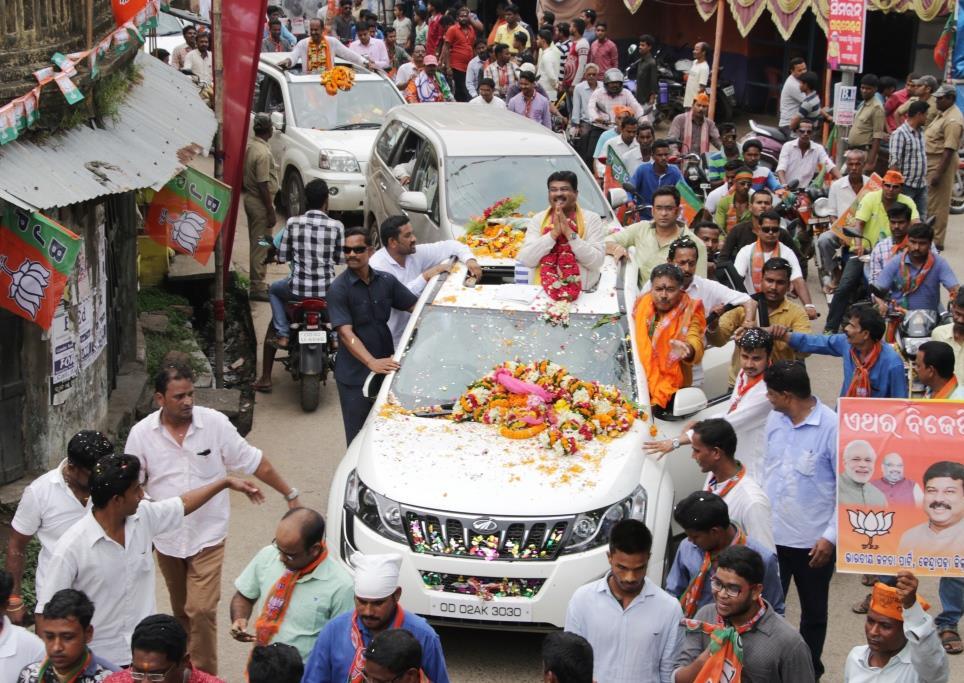 Kendrapara: Despite two former MLAs joining the Bharatiya Janata Party (BJP) at its much-hyped ‘Mishran Parva’ here today, the party’s district leadership boycotted the event, hinting at all is not well in the saffron party.

While former MLAs from the district Utkal Keshari Parida and Dolagovind Nayak joined the BJP at the ‘Mishran Parva’ in presence of Union Minister Dharmendra Pradhan, the party’s district president Sukant Dwivedi boycotted the event in protest as senior BJP leader Bijoy Mohapatra was not invited to the event.

Dwivedi said that he was boycotting the event in protest since senior party leader Bijoy Mohapatra was not invited to the event.

“The truth is I am completely unaware of today’s programme. None, either the party’s State President or any Minister or district leadership has discussed it with me. I have no idea on who is coming or who is joining the party at today’s ‘Mishran Parva’. Nobody has spoken to me on this account for even a minute. Since I have not been invited the local leadership took a decision to boycott the event,” alleged BJP’s National Executive Committee member Bijoy Mohapatra.

“Bijoy babu was intimated about the event at the proper party forum earlier since he is the party’s National Executive Committee member. He may deny it today but he has been intimated. No one’s permission is required on who is going to join the party and where, since that decision is taken by a high-level committee,” clarified Harichandan on Mohapatra’s remarks.