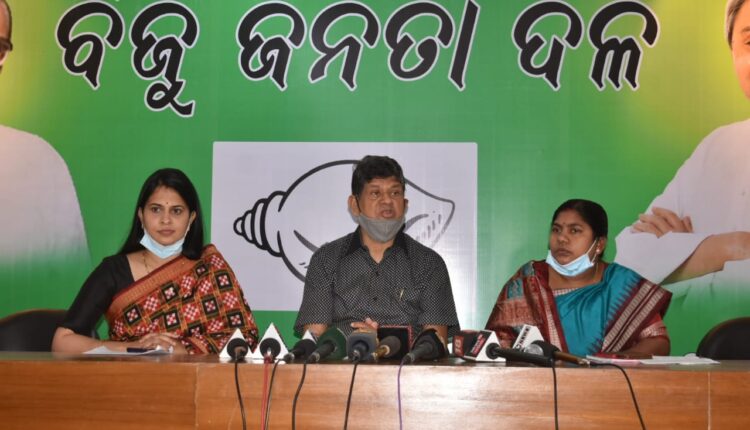 “The fight for languages has been continuing in Odisha since British regime. All the political parties in their respective poll manifestoes had promised to raise their demand before the Centre for inclusion of tribal languages in eighth schedule of Constitution, but no initiative was made by them after elections. However, the BJD has completed the constitutional process and we will meet the President in this regard,” Patnaik said.

Addressing media, Hembram said, “As many as 30 lakh people in the country and 10 lakh in Odisha use Ho language. The tribal language will extinct if it did not get status in the Constitution.”

Along with 13 near-extinct tribes, total 62 tribes are living in Odisha. They have been demanding the State Government for inclusion of Ho and Mundari languages in Constitution since a long period. In this connection, Chief Minister Naveen Patnaik had written to the Centre twice seeking inclusion of two tribal languages in eighth schedule of the Constitution, the party stated.

The BJD mentioned that Ho is the mother tongue of around 10 lakh people residing in Odisha and Jharkhand. Similarly, more than six lakh people belonging to Munda and Mundari tribes speak Mundari as their dialect.

“Around 75 lakh people speak Koshali. Even the epics like Ramayan and Mahabharat have been written in Koshali too. It amuses mind,” Mishra said.

She demanded the Union Government to include Koshali in eighth schedule of the Constitution.