BJD’s hartal turns ‘hurt all’ as ambulances, women not spared by protesters 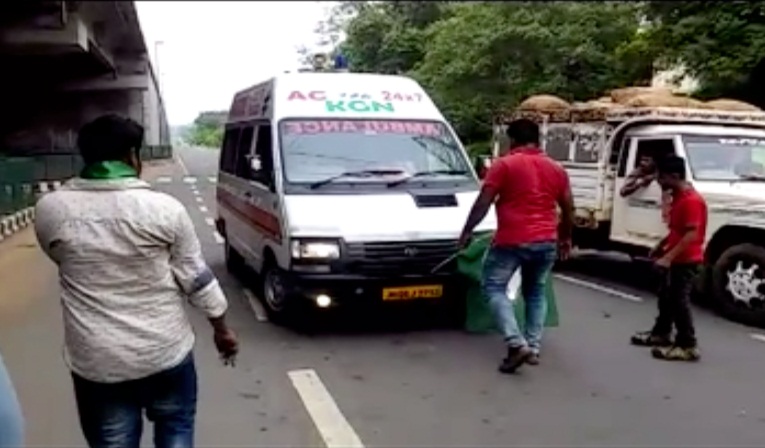 Bhubaneswar: Even as the Biju Janata Dal (BJD) had assured of a ‘peaceful’ hartal across Odisha today over the fuel price hike, party workers reportedly resorted to violence in many parts of the state.

Needless to say, the tall claims of the BJD that the party always believes in peace and maintaining law and order was clearly contradicted by such acts today.

Though the party had earlier said that emergency services like ambulances will be excluded from the ambit of the hartal, two ambulances were reportedly stopped by BJD workers at Palasuni here and one at CRP Chhak.

An elderly person, who was on the way to hospital in an auto-rickshaw, was allegedly stopped by BJD workers and misbehaved at Rajmahal Square here.

In another act of hooliganism, a young woman’s vehicle was damaged by several youths at Delta Square here.

“Action will be taken against the protesters who have misbehaved public, if complaints are lodged by the victims. Footage of CCTV cameras installed at various locations in Bhubaneswar will be examined,” said Twin City Commissioner of Police YB Khurania.