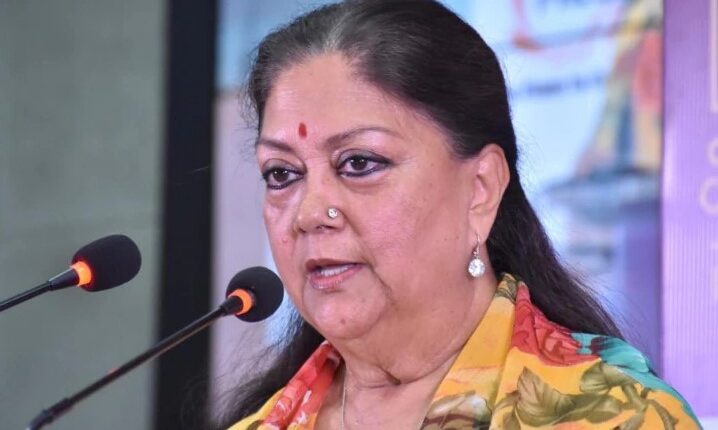 New Delhi: The BJP has expressed happiness over the ongoing political tussle within the ruling Congress party in Rajasthan and is claiming that the Chief Minister Ashok Gehlot-led government will not remain in power for long.

Assembly elections are due in Rajasthan next year but the Bharatiya Janata Party is buoyed by the ongoing feud between Congress leaders Ashok Gehlot and Sachin Pilot despite the Gandhi family being upset over the recent political developments in the state, according to BJP sources.

The saffron party has also claimed that if the Congress government in Rajasthan collapses, it is ready for mid-term elections at any time.

However, the BJP faces many challenges in Rajasthan. The biggest challenge is the ongoing factionalism within its ranks in the state and the tussle between its party leaders.

During the last few months, BJP National President J.P. Nadda has tried to keep the party united by holding meetings with all the party leaders of Rajasthan.

Top BJP leaders are constantly visiting Rajasthan and holding meetings with all the state leaders and urging them to be united for the upcoming Assembly elections. It is being said that the BJP is still trying to come up with an election winning formula in Rajasthan bringing all party leaders on one platform by which the Congress can be ousted from power in the state.

As per BJP sources, in July itself the party high command had made up its mind in principle that the party would contest the Rajasthan Assembly elections on the basis of collective leadership. However, if the Congress’ Ashok Gehlot again becomes the Chief Minister of Rajasthan despite the Gandhi family being miffed with him, then the BJP may also have to prepare a strategy for the state afresh.

Vasundhara Raje Scindia, the former Chief Minister of Rajasthan and BJP National Vice-President, is a veteran party leader of the state, who has proved her political might many times.

Keeping the future politics of Rajasthan in mind, the BJP wants to groom young party leaders but keeping a popular party leader like Vasundhara Raje in isolation is also not possible.

There are constant political rumblings taking place within the BJP about devising such a formula through which a middle ground can be found to accommodate both the younger party leadership and Raje.

It is being said that BJP’s National General Secretary (organisation) B.L. Santosh had held discussions with the former Rajasthan Chief MInister in Delhi recently regarding such a formula.

During Santosh’s interaction with Raje whether any formula was agreed upon will be revealed soon, but it is believed that despite the reluctance of several Rajasthan BJP leaders and MPs, Raje is expected to be given some major responsibility before the Assembly elections.