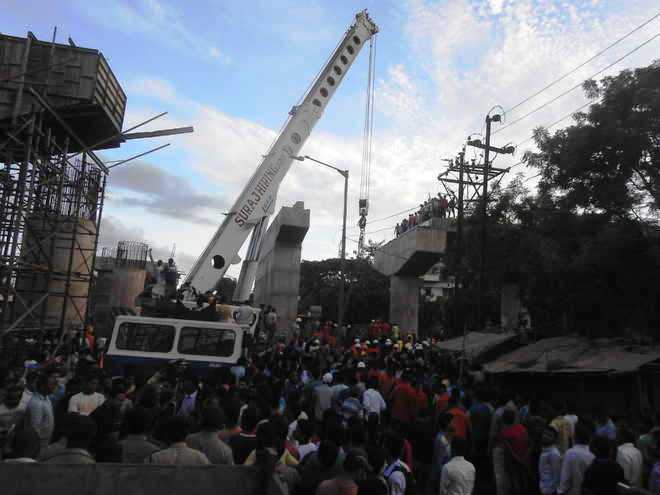 Bhubaneswar: A day after an under-construction flyover collapsed at Bomikhal in Odisha capital claiming life of a person and leaving over 15 injured, the Twin City Commissionerate Police today registered case against five persons including three of Panda Infra, the company which had undertaken construction work of the bridge.

Worth mentioning, Chief Minister Naveen Patnaik had yesterday informed that a high-level enquiry will be instituted into the mishap and exemplary action will be taken against those found guilty.