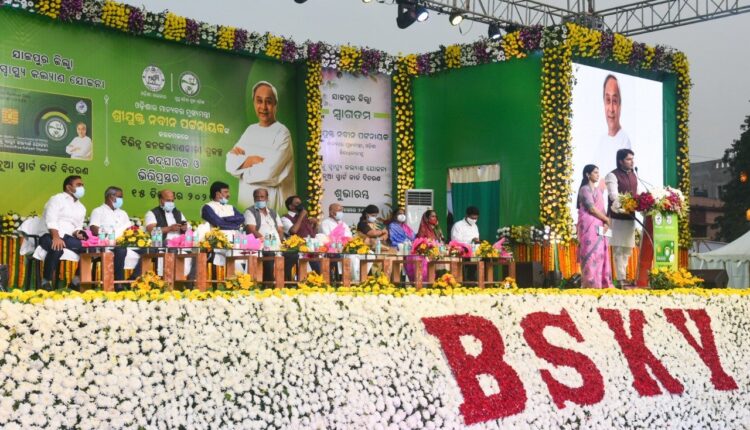 Bhubaneswar: As Chief Minister Naveen Patnaik launched distribution of the smart health card under the Biju Swasthya Kalyan Yojana in Jajpur and Kendrapara districts, the campaign started on August 20 from Malkangiri district reached its conclusion.

Patnaik rolled out the distribution of the smart health card scheme in Jajpur and Kendrapara though virtual platform. A total of 11.5 lakh people in Kendrapara district and 15.4 lakh people in will be benefitted in Jajpur district due to the Biju Swasthya Kalyan Yojana.

A statement issued by the Chief Minister’s Office (CMO) stated as many as 3.5 crore people from 96 families of the State has been included in the smart health card scheme. The total 30 districts have been covered under the scheme.

The Chief Minister stated the people will no longer have to worry about health expenses as the smart heath card will help them get treatment at the best hospitals.

In Kendrapara district, Patnaik also laid foundation stone of projects worth more than Rs 1,500 crore. He further informed 21,000 landless farmers of the district received financial assistance of Rs 43 crore under the Balaram Yojana.

He laid foundation for projects worth Rs 2,000 crore in Jajpur district.

Among others, State Health Minister Nabakishore Das, Water Resources Minister Raghunandan Das and other officials were present during the virtual meeting.

Shree Jagannatha Temple to remain out of bounds on Dec 31, Jan 1