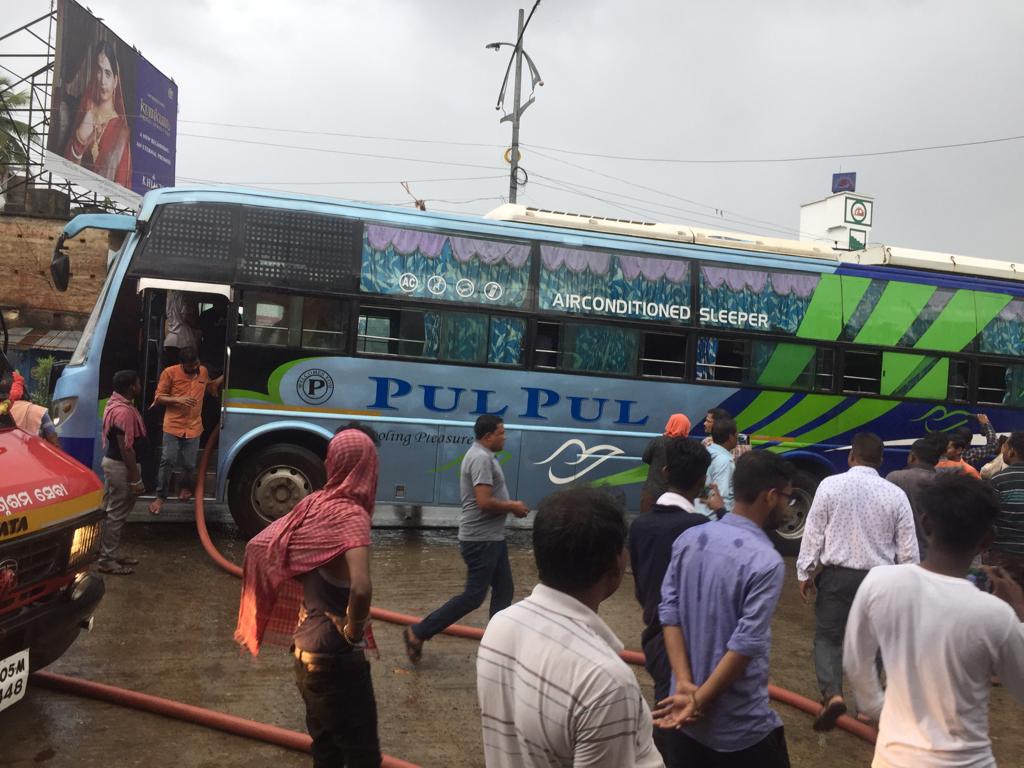 Balasore: Passengers of a Bhubaneswar-bound bus had a narrow escape after the vehicle caught fire on OT Road near Gandhi Smruti Bhawan in Odisha’s Balasore district today.

Fire reportedly broke out inside the bus after it departed from the Balasore bus stand. On realising about the incident, passengers alighted from the vehicle immediately.

Major portion of the bus was damaged in the fire mishap. Fire personnel reached the spot on being informed and doused the flames. No casualties have been reported in the incident.

Though the reason behind the outbreak of fire is yet to be ascertained, it is suspected that the fire emerged from the air conditioning unit of the vehicle.