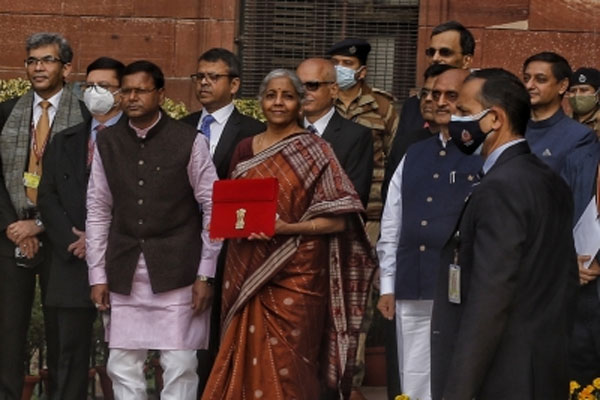 Share
New Delhi:  The Union Cabinet chaired by Prime Minister Narendra Modi met ahead of the Budget and gave final nod to it. Finance Minister Nirmala Sitharaman will present the Budget at 11 a.m. in the Lok Sabha.

This is the fourth budget of the Sitharaman at a crucial time when the nation is reeling under pandemic. The public is expecting a big relief and generation of employment opportunities from the government.

An IANS-CVoter nationwide tracker poll conducted on the eve of Budget presentation reveals some predictable results. According to the survey, an annual income of Rs 6,25,000 may become completely out of the income tax bracket. That works out to an average monthly income of just above Rs 52,000.

Accordingly, there was a dramatic shift in the taxpayer expectations. During the 2021 survey, respondents wanted an annual income of Rs 5,60,000 to be out of the income tax bracket. By 2022, that had climbed further to Rs 6,25,000 per year. Analysts are widely expecting a hike in the threshold of tax free incomes when the Budget is presented on February 1, 2022. They are also expecting a substantial hike in medical expenses exemptions because of the pandemic.
(IANS)