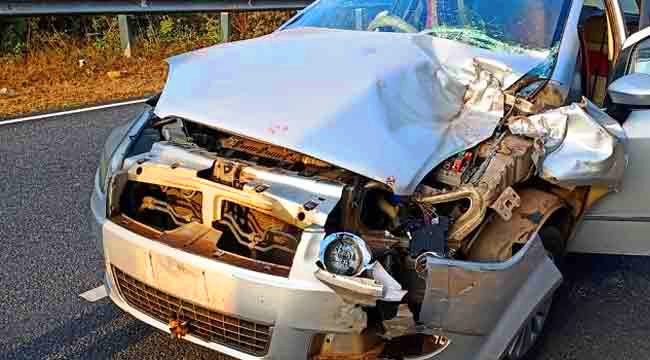 Paralakhemundi: At least four persons were injured after a car hit mini-truck from behind due to poor visibility for fog at Padrima village in Gajapati district early this morning.

Sources said the car carrying six persons was en-route to Berhampur from Mohana at around 6.30 am today. Due to poor visibility for intense fog, the four-wheeler hit a truck stranded on roadside from the behind.The intensity of the collision was so high that the front portion of the car has been completely damaged.  Locals came to their rescue and rushed all of them to a hospital in Mohana. On receiving information, police reached the spot and made an inquiry.