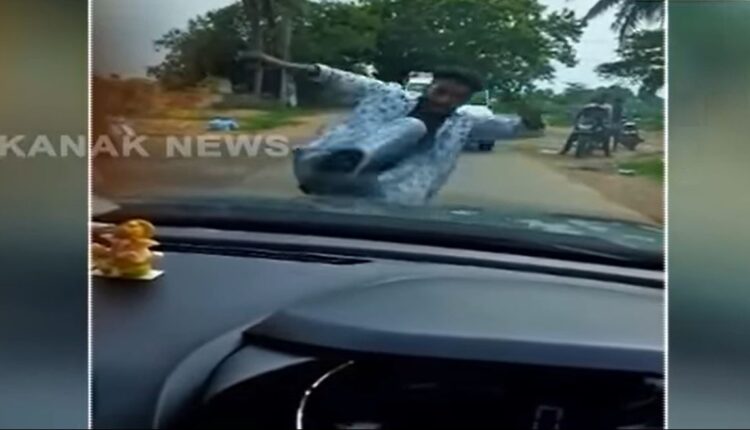 Jagatsinghpur: A youth attacked the car of Erasama Tehsildar Chaudhury Pragnyanandan Das at Japa Chhak in Odisha’s Jagatsinghpur district while the official had gone there for enforcement of COVID-19 lockdown norms. The incident took place on June 14 and was caught on camera.

A team led by the tehsildar found that three shops selling non-essential items were open at Japa Chhak, thereby violating the lockdown guidelines. The official rebuked the shopkeepers and asked them to close the shops.

Later, one of the shopkeepers attacked the tehsildar’s car by kicking it and pelting stones at the windshield, which subsequently broke, while the official was present inside the vehicle.

The tehsildar and other officials managed to escape unhurt. On the basis of a complaint lodged by the tehsildar, Erasama police arrested the accused youth, identified as Chandan Behera.