Chandra Grahan on 15 May 2022: Lunar Eclipse Time, Areas of Visibility for Super Moon 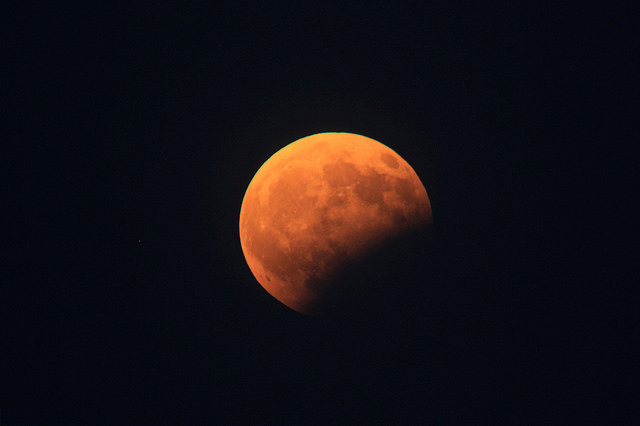 New Delhi: Skywatchers in the Northern Hemisphere are in for a treat as the first total lunar eclipse of 2022, also known as “supermoon”, “Blood Moon” or “Flower Moon” will shine bright on Saturday night.

According to NASA, the eclipse will take place on the night of May 15, and will stretch into the early hours of May 16.

The partial eclipse phase will begin over North America at 9.28 p.m. Central Daylight Time on May 15. Totality will begin at 10:29 p.m. CDT, concluding about midnight. After totality, the partial phase will end at 12:56 a.m. CDT on May 16.

While it will not be visible in India, parts of South America, Europe, and middle-east nations will see a glimpse of the Moon turning blood red over the weekend.

Unlike a total solar eclipse – in which ideal viewing is limited to a roughly 100-mile-wide “path of totality” as the shadow of Earth’s Moon sweeps across the land relative to the position of the Sun – a lunar eclipse has no such limits.

Importantly, unlike the precautions one takes to observe a total solar eclipse, it’s completely safe to watch a lunar eclipse unfold with the unaided eye.

“The whole half of Earth in darkness during those hours will be able to see it. You don’t have to work too hard to find a good vantage point. Just go outside!” said Alphonse Sterling, astronomer at NASA’s Marshall Space Flight Center in Alabama, US, in a statement.

When the Moon is within the umbra, it will turn a reddish hue. Lunar eclipses are sometimes called as “Blood Moons” because of this phenomenon.

There may be multiple partial lunar eclipses each year, but total eclipses are a bit rarer. The phenomenon takes place every 1.5 years.

Early Native American tribes also called the full moon as the Flower Moon because this was the time of year when spring flowers appeared in abundance.

The total lunar eclipse also occurs close to the Moon’s perigee – the point in space when it’s closest to the Earth during its monthly orbit – which will make the Moon appear about 7 per cent larger than average, making it the super moon.

This will be the most balanced pair of total lunar eclipses within the same calendar year in over four centuries, according to Timeanddate.com.

Odisha Matric Exam 2022: Evaluation from May 21

Bypoll to one Rajya Sabha seat from Odisha on June 13; Know key dates