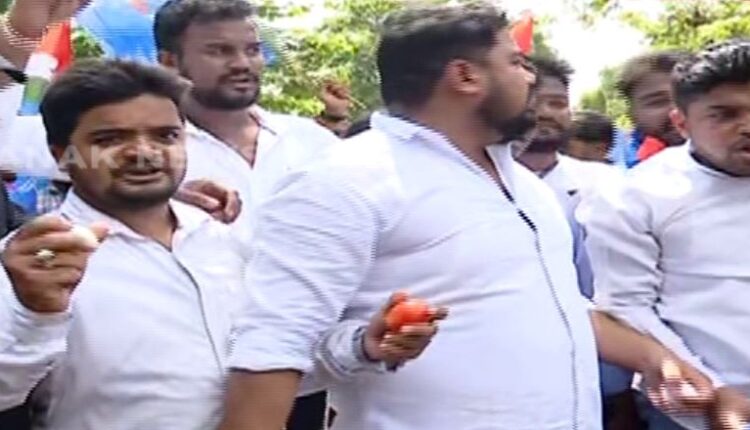 After staging a demonstration in front of the minister’s house, the agitators tried to barge into it, during which a scuffle ensued between them and policemen.

Alleging that the Chief Minister was protecting Dash in the case, the protesters demanded resignation and arrest of the minister.

They also threatened to gherao the Chief Minister’s residence here if their demands are not met within seven days.

Dharmendra was found hanging at his house in Sisupalgarh here on September 24.

The Odisha unit of the BJP had yesterday brought to fore an audio clip of a telephonic conversation between the deceased and his friend. The party claimed that Dharmendra mentioned the names of multiple persons, including Minister Samir Ranjan Dash, during the call holding them responsible for his death.