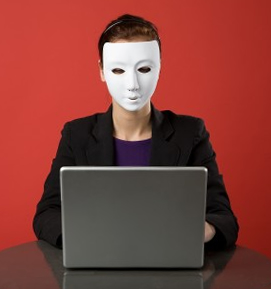 London: Far from helping you get accepted, hiding your true self at work may actually damage your career and reduce the sense of belonging in the workplace, a new study suggests.

The researchers examined the so called “stigmatised” characteristics — being lesbian, gay, bisexual or transgender (LGBT), or having a history of poverty or mental or physical illness.

They found that concealing such characteristics from colleagues resulted in lower self-esteem and also impacted job satisfaction and commitment at work.

“People may choose to conceal stigmatised identities because they want to be accepted, but in fact doing so reduces feelings of belonging,” said Manuela Barreto, Professor at the University of Exeter in Britain.

“When someone conceals their true identity, their social interactions suffer – and this has an impact not just on the individual but also on the organisation they work for,” Barreto said.

The findings are based on studies carried out in the Netherlands and the US.

In one, participants were encouraged to remember a time when they either concealed or revealed a stigmatised characteristic about themselves.

In the other, participants were presented with fictional scenarios that either involved concealing or revealing their stigmatised identity.

In both studies, participants were asked how they would feel after concealing or revealing the stigmatised characteristic.

“Our findings suggest that openness about one’s identity is often beneficial for stigmatised individuals, the stigmatised group and their workplace,” Barreto added.

But despite highlighting the costs of concealment, the researchers do not suggest that everyone must be open in all contexts.

“It is clear that there are times when revealing a stigmatised identity can be very costly,” said corresponding author Anna Newheiser of the University at Albany, State University of New York, US.

“Those effects are very real and worth avoiding in certain circumstances, but it is important to realise that there is also a cost to hiding your true self,” Newheiser added.