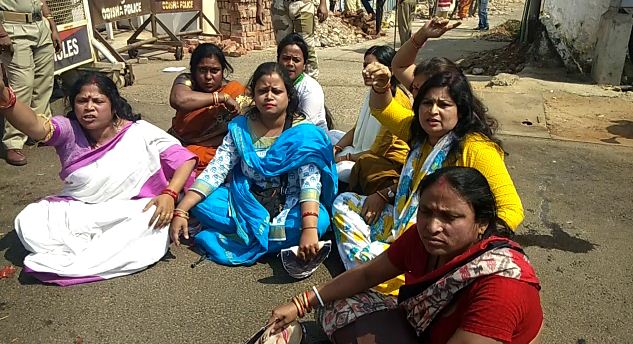 Bhubaneswar: Around 50 activists of the Congress Mahila Morcha were detained today after they tried to barge into the residence of Odisha Chief Minister Naveen Patnaik.

Demanding resignation of the CM over the alleged rise in incidents of crime against women in the state, members of the Congress Mahila Morcha were staging protest holding black balloons.

Later, a scuffle ensued between them and police as they tried to enter inside the CM’s residence. The activists reportedly hurled tomatoes at the cops during the incident, following which they were taken into preventive custody.