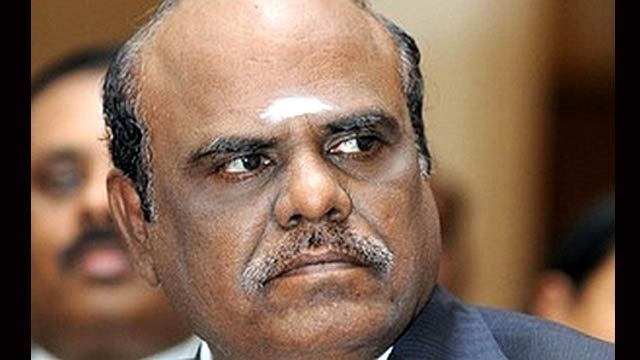 New Delhi: The Supreme Court on Wednesday refused to entertain the plea for grant of bail and suspension of six-month jail term it awarded to former Calcutta High Court judge C.S. Karnan for his contempt of the apex court.

A vacation bench of Justice D.Y. Chandrachud and Justice Sanjay Kishan Kaul said: “We can’t suspend the sentence as the order of the sentence was passed by a seven-judge bench.”

The bench said this as Justice Karnan’s counsel Mathew J. Nadumpara urged it to grant bail to the former judge, who was arrested in Coimbatore in Tamil Nadu by the West Bengal Police on Tuesday.

As he told the bench that “equity demands” his client be granted bail, Justice Chandrachud said: “All equity is subject to law and judicial discipline.”

“Sorry, Mr. Nadumpara,” Justice Chandrachud said, asking the counsel to mention the matter before the Chief Justice on the reopening of the court after summer break on July 3.

Justice Karnan’s arrest by West Bengal Police came 42 days after top court on May 9 held him guilty of contempt and sentenced him to six months imprisonment.

The top court, in its order, had said: “We are of the unanimous view that Justice C.S. Karnan is guilty of contempt of court and (he) interfered with judicial process of grievous nature.”

Justice Karnan was held guilty of contempt for his utterances against the Chief Justice of India and other judges of the apex court. (IANS)

Can’t change rules or give undue relaxation due to…