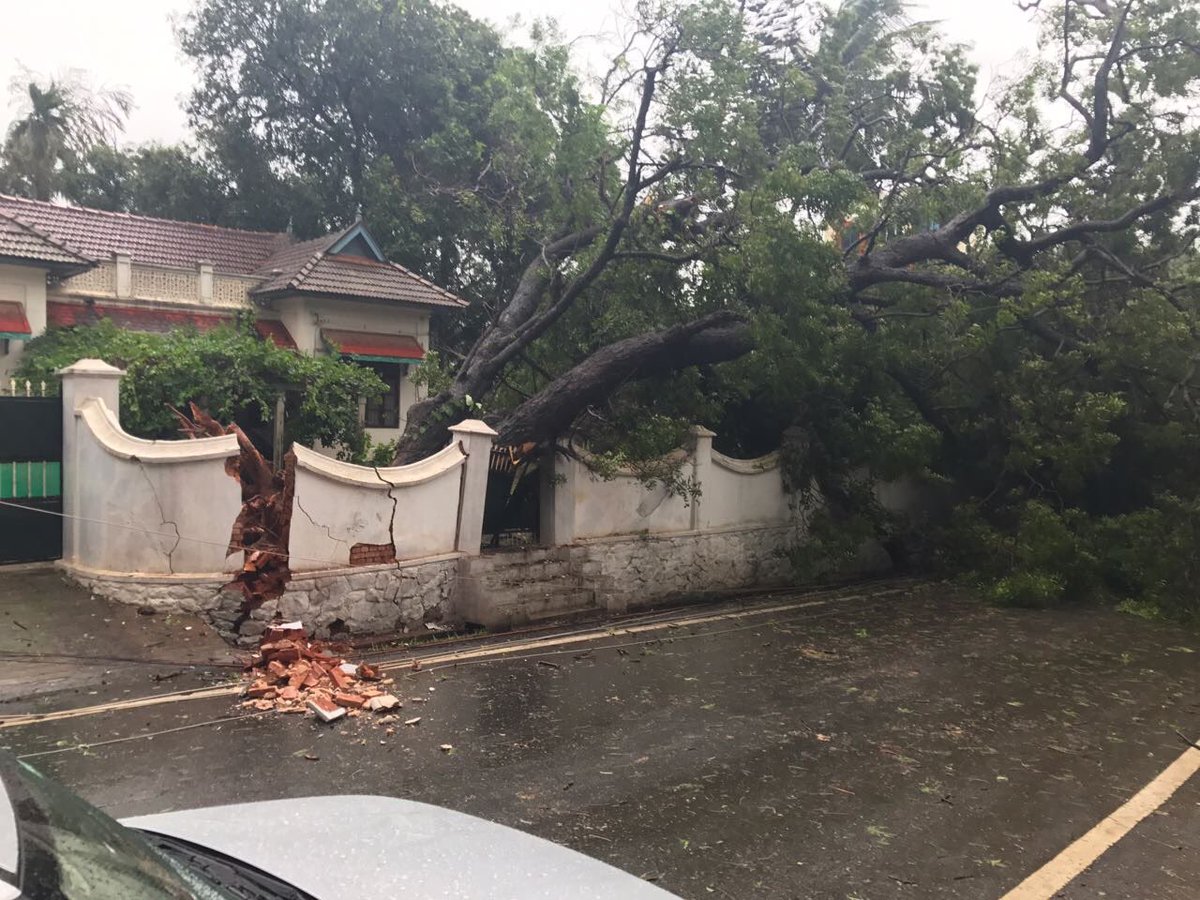 Thiruvananthapuram: The Indian Navy and Coast Guard have rescued 33 fishermen and have located another 70 following the bad weather conditions that hit Kerala and Tamil Nadu coasts a day ago, a Minister said on Friday.

Several persons were killed on Thursday after cyclonic storm Ockhi hit the southern districts of Kerala and Tamil Nadu due to a depression formed over southwest Bay of Bengal near the Sri Lankan coast.

It has moved westwards and intensified into a deep depression.

Kerala Fisheries Minister J. Mercykutty told IANS that she has just had a meeting with Chief Minister Pinarayi Vijayan and was now aware of what the actual situation was.

“It’s wrong to say that the fishermen are missing. The rescue teams have already saved 33, while 70 of them, who are currently still caught in the deep sea have started to respond to the messages that have been send to them,” said Mercykutty.

According to the latest weather bulletin, the meteorological office predicts heavy to very heavy rains at isolated places over the south Tamil Nadu and south Kerala.

“The state government acted in quick time when we heard about the bad weather conditions and since yesterday afternoon, we have been doing our job.

“There was an emergency meeting called by the Chief Minister and a control room was set up. We got in touch with the Navy and the Coast Guard, who immediately got going.

“There is no need to panic as the rescue machinery is carrying out its job. At some places, though, the sea is very rough and even the rescue team is unable to reach the spot,” added the Minister.

Muthappan, a fisherman from near the Thiruvananthapuram airport who was rescued, told the media that he and four others were in a boat and around 2 p.m, on Thursday, things started turning dangerous in the deep sea.

“We were thrown out of the boat and while four of them held on to the boat that was overturned, another person was holding on to the kerosene barrel.

“It was only after three hours that we were rescued by another boat,” said Muthappan, who was admitted to the General hospital, here.

Vincent, another rescued fisherman, said that they had left the sea shore here around 10 a.m. on Thursday morning. “We had travelled around 10 nautical miles into the sea and then things took a turn for the worse.

“It was a nightmare as massive waves were smashing all around and the boat that we were on, after holding on for an hour, lost balance and overturned.

“While five of us after an hour were rescued, we have no idea of what happened to the two others who were with us,” said Vincent, who was spotted at the Vizhinjam beach, here.

Angry groups of fishermen in the coastal villages in Poovar, Vizhinjam , Kovalam have threatened to block the highway, if rescue operations were not intensified.

I love diamonds, but can’t afford them: Disha Patani