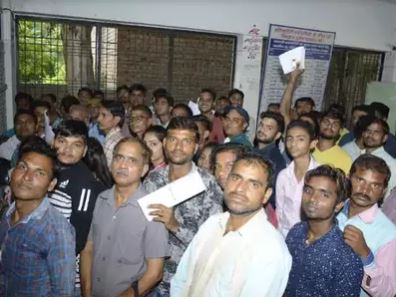 Bhubaneswar: While the Odisha government is all set to re-enforce the new Motor Vehicle Act from December 1, the Regional Transport Offices (RTOs) across the state are chockablock with people queuing up for learners and driving license.

The state Transport Minister Padmanabha Behera today spoke in no ambiguous terms that the new MV Act will be put into force from December 1 in the interest of the people which was put in abeyance due to much hue and cry.

“We allowed much time for people to get necessary documents such as LL, DL, PUC certificate and motor vehicle insurance. After the deadline is over, stricter enforcement will come into force. Vehicle-related documents will be checked as usual,” Transport Minister Padmanabha Behera said.

After the implementation of the new MV Act, the road accidents have drastically come down to half. The Act should be implemented strictly for the safety of people, he added.

The Motor Vehicles (Amendment) Act, 2019 came into effect from September 1. However, it was relaxed for a period of three months from September 9 owing to public resentment.

On the other hand, scores of people are seen inside and outside the RTO offices across the state to procure the motor vehicle related documents to comply with the new Act.