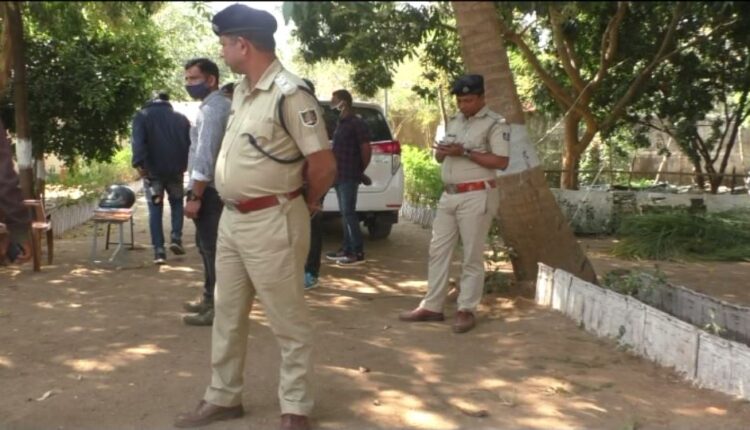 Baliguda: Within 24 hours after Jaleshpata Kanya Ashram Chief Swami Jivanmuktananda Puri received death threats twice from an anonymous caller, the Kandhamal Police formed a special team to probe the matter. During the course of investigation, the police nabbed a person in Bisamcuttack area in Rayagada district, who is suspected to be the prime accused. This was informed by the Kandhamal SP Vinit Agarwal today.

As per latest reports, the arrested person, Mahadeb Maharaj was brought to the Tumudibandha police station where a complaint was lodged by the Jaleshpata Kanya Ashram Chief after getting a death threat over his mobile phone yesterday. The police will question the arrested person to elicit more information about the case. However, preliminary investigation shows Mahadeb issued death threats to the Swami Jivanmuktananda over past enmity, the Kandhamal SP said.

Initially, the Ashram Chief got a threat call at around 5 pm yesterday and 9 am today over his phone today. Also, the person on the other side threatened to bomb the ashram. Following this, Swami Jivanmuktananda lodged a complaint at the Tumudibandha police station.

The police tightened security at the ashram after the complaint was filed. The SP also visited Tumudibandha and reviewed the probe progress.

Worth mentioning, in August 2008, Swami Laxmananda Saraswati, the then Chief of the Jaleshpata Ashram and four of his aides were killed. The incident triggered communal violence in the State due to which at least 38 people were killed.