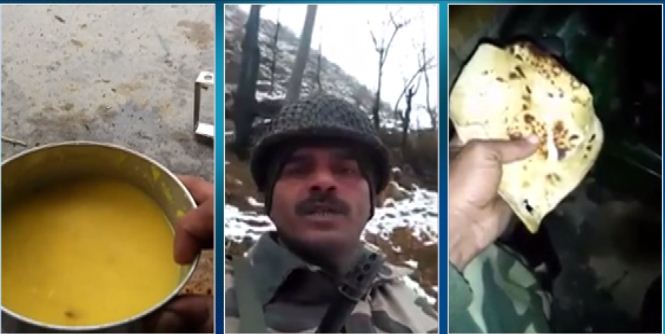 The Delhi High Court on Tuesday asked the Centre about steps taken following a BSF constable’s allegation that troopers posted along the Line of Control (LoC) are served meagre and poor quality food.

A division bench of Chief Justice G. Rohini and Justice Sangita Dhingra Sehgal sought status report from the Ministry of Home Affairs (MHA) on the inquiry initiated by it after BSF constable Tej Bahadur Yadav posted on social media a video on the food served to them.

The court, taking up a Public Interest Litigation filed by a former central government employee, asked them to file their response by February 27, the next date of hearing.

Nirbhaya convicts should be hanged together: Delhi High…

The bench in a hearing asked counsel appearing for the Home Ministry about the inquiry initiated by it. Counsel said the ministry will file the report with the court.

“The steps that have already been taken by the Home Ministry in this regard be filed before the court. File status report,” the court said, seeking a response from all the paramilitary forces as also the ministry.

The public interest litigation was filed by former central government employee Puran Chand Arya in the wake of the BSF constable’s video on social media, claiming corruption among officials and poor working conditions.

Yadav from 29th Battalion of the BSF has accused unnamed officials of illegally selling off the food supplies meant for the troopers.

The PIL has sought an explanation from the Centre about the ration procurement and preparation as well as serving of food to all categories of ranks.

The petitioner has also sought a direction to the Centre to not take adverse action against the BSF constable for making public the grievances. But the court denied to pass any order on this request. (IANS)

Setback for Sonia-Rahul: HC orders for IT assessment into…