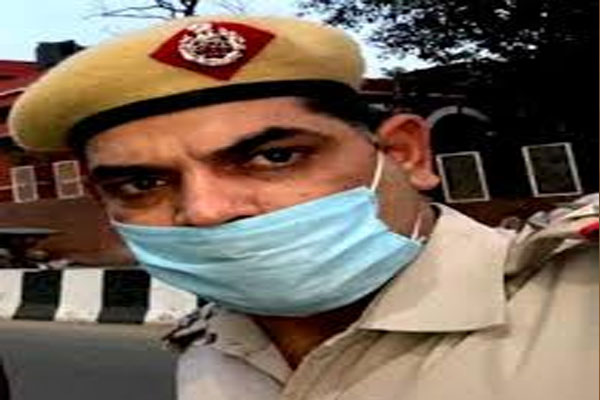 New Delhi:  Two days after killing his father-in-law in Haryana’s Rohtak and shooting his female friend in Delhi, the 35-year-old Sub-Inspector of Delhi Police Sandeep Dahiya surrendered before the police on Tuesday.

Before his surrender in the North district of Delhi, he also wrote a WhatsApp note in which he elaborated on the reasons why he shot dead his father-in-law and fired shots at his girlfriend in Delhi. He has been taken into custody and interrogation is on.

Delhi Police Sub-Inspector Sandeep Dahiya fled after shooting and injuring his girlfriend following a quarrel in Delhi. Later, he shot dead his father-in-law in Rohtak on Monday morning.

He was on the run with his service revolver that he used to shoot the two people.

The 36-year-old policeman’s wife and he have been estranged for many years and the two had been living separately.

Dahiya was in a relationship with another woman for the past one year whom he reportedly shot during a quarrel and left by the roadside on the GT Karnal Road in north Delhi’s Alipur area on Sunday.

According to the police, Dahiya shot the woman when the two of them were fighting inside his car. The injured woman was then rescued by another Sub-Inspector Jaiveer who reportedly spotted her while crossing the Sai Mandir on the GT Karnal road.

According to police, Sandeep Dahiya joined Delhi Police in 2006 as constable and after passing the exam, he became Sub-Inspector in 2010. He is a permanent resident of Village Sisana, District Sonipat, Haryana. At present, he was residing at a government allotted accommodation in the Shalimar Bagh Police Colony. He also has a matrimonial dispute with his wife. A case u/s 498 A IPC was also registered against him in Rohtak.