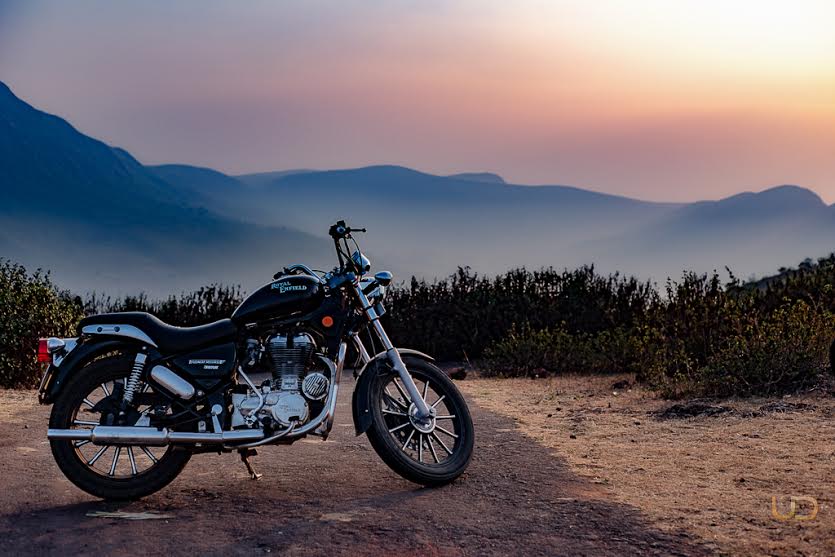 Deomali, the highest mountain peak of Odisha at an altitude of 5,400 feet is in Koraput district and sadly most people are ignorant of this mountain.

The golden rays of the morning sunlight was falling upon us as we rode through the lonely roads. Blame it on the magic of Deomali, but Partha, my friend had a grin on his face like a baby and I was smiling like an idiot too. We arrested every landscape of this place in our camera lenses while making our way up the mountain.

We soon reached the end of the roads. Our bikes had been faithful to us as we had rode them for quite long to get to Deomali. We parked them near the view point and patted the seat with a sense of achievement. A family on an outing was relishing kheer from plastic cups nearby, just about to leave.

An old shepherd came up to us, asking where we came from. We were a little apprehensive as the road had messages of the Maoists painted in white along the way and the last thing we wanted was to upset the local man who approached us.  We were in a fix: It was getting dark, the trek from our location to the top would take about an hour and not a soul was visible to the eye.

Our plans of going into the Nageswar caves in the morning had not materialised and returning from the tourist view point in Deomali was definitely, going to be bad for our male ego. Furthermore, were we willing to chuck a six-year dream, six months of planning and a six-hour wait to climb the mountain, fearing the setting sun and Maoists?

The answer was a firm no and we decided to continue with our stupidity, with a sense of adventure. We reached the last viewpoint, now in ruins, scribbled with names of couples all over it, littered with packets of cigarettes, chips and water pouches . We rested there for a while to catch our breath. The moon was already up, and the twilights were playing with colours over the blue mountains far away.

We decided to go up further till there was total darkness. We were about 200 metres away from the tip of the mountain when we felt it was no longer safe to continue further due to the uneven, rocky and slippery surface. Darkness was the time for mountain animals and  I was more scared of stepping on a snake rather than encountering a Maoist.

We sat there for some time to enjoy the pin drop silence the mountain offered. It’s not every day that you sit in quietude in a tranquil environment. I advise people reading this article, to enjoy this feeling of complete silence any time you are lucky enough to get it: it re-energizes you and yes, you can experience peace within yourself.

The descent was covered in a short span of time, as we collected some dead grasses and dry sticks to light a bonfire, which was a challenge, given the windy conditions, but still we managed to light it after all. And yes, we posed for a photograph to celebrate this victory!

It was getting late, so we decided to go back to Semiliguda. I was praying to the hill gods to pave a safe path for us ahead. A single tyre puncture and we would have been stranded there for the whole night until any help arrived from Kunduli or Semiliguda, given that there was a feeble network connection in the mountains.

After a while we crossed the Deomali gate. We saw many owls, lapwings, a fox and at almost every turn, people with long sticks and axes waving their hands to us. I was riding up the front  and it was really very scary. Anyway, they were probably woodcutters.

Halway to Kunduli, Partha was in the front and we were riding a little slow. Suddenly, I saw a Bolero tailing us in full speed. We rode with high speed in those mountains, facing the twists, turns and ghats, neglecting every pothole and bump that came up along the way.  We had to make to Kunduli for our own safety before the vehicle caught up with us. It might have been a passenger vehicle but we didn’t want to take the risk it.

The Bolero was no match to our Royal Enfield bikes in those sharp turns and ghat roads and we succeeded in leaving it far behind by the time we reached Kunduli. We sighed a breathe of relief and cruised till Semiliguda to have a cup of tea and some snacks.

A year later, we again tried to climb Deomali and this time, we were successful. The feeling was of pure ecstasy. For me Deomali was my Himalaya, even though there were no snow-clad peaks but sweet breeze of the eastern ghats, the greenery of the table top mountains, and peace.

After that I went Deomali two more times. I do not want to go into the details of those trips again. I am just letting the pictures do the talking.

(The writer is a professional photographer.)

Notification issued for polls to 3 RS seats from Odisha

Loss of Y chromosome may increase Alzheimer’s risk in men