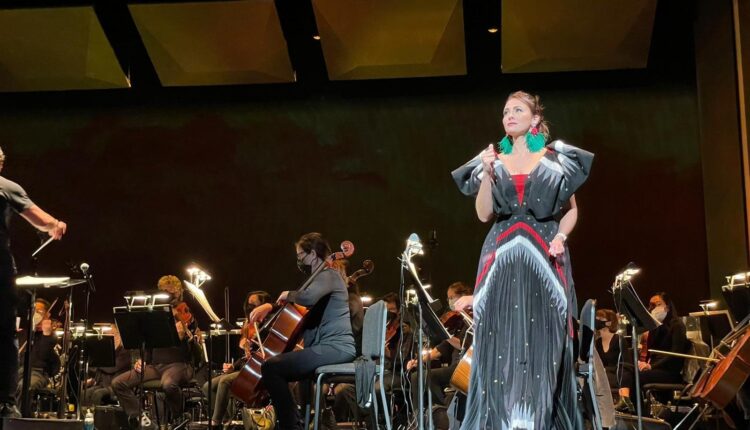 Bhubaneswar: Odisha-born fashion and costume designer Bibhu Mohapatra, who has many Hollywood and Bollywood biggies in his client list, has once again showcased traditional textiles and weaves from his home state at the global stage.

The New York-based designer made costumes for performers of Washington National Opera’s concert “Come Home: A Celebration of Return” organised at Kennedy Center, USA. The concert that began on November 6 and will continue till November 14 is a tribute to late Ruth Bader Ginsburg, who was an opera buff and patron.

The gloves that the performers wore was a nod to one of the Supreme Court justice’s signature style. “I want them to be who they are as they’re performing these pieces. I was given the freedom to make the clothes relatable and optimistic.” he said.

Mohapatra, who is known for his evening wear collections with sweeping grandeur, has designed 15 costumes for the female and male cast of the show using Bandha and Ikat fabrics. The dresses he designed for the female performers wouldn’t look out of place on a runway. Shoulder details are a focus: Alexandria Shiner wore a bold red gown with a draped detail suspended from a high collar; a similar effect, created using a halter, appeared on Rehanna Thelwell’s empire-waist gown. For Isabel Leonard, he made a black gown with red and white detailing and winglike sleeves.

The designer received the request from Francesca Zambello, Washington National Opera’s artistic director, when he was in India after a gap of over two years to attend the funeral of a relative, who died due to COVID-19 complications.

Appreciate the efforts of fashion designer @BibhuMohapatra towards promoting #Odisha‘s textile at the Washington National Opera at Kennedy Center, USA. This will help make Odisha’s traditional textile even more popular at the global stage.

Thanking the CM for all the praises, the designer said, “My gratitude to all the amazing artists from all the weaving communities of our state for this incredible legacy of Odisha textile.”