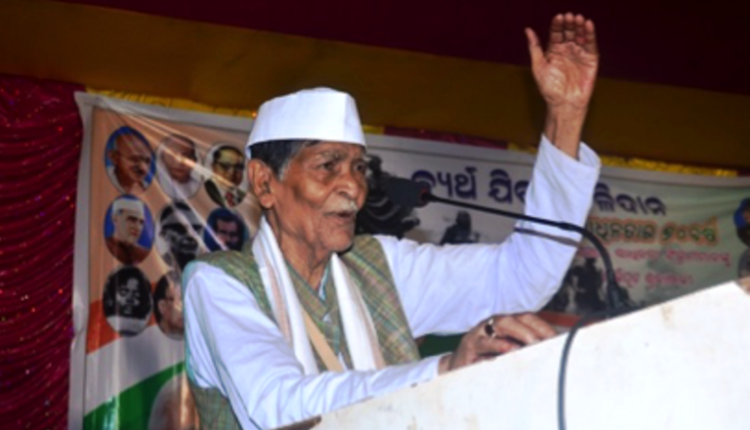 The Gandhian leader aged above 95 years is undergoing treatment in the ICU of the hospital. Apparently, he is suffering from cardiac problems.

Following reports of his illness, Chief Minister Naveen Patnaik expressed his deep concern and directed for formation of a medical team headed by Director of Capital Hospital to monitor his health condition. The CM said all medical expenses of the veteran freedom fighter will completely be borne by the state Government and wished for his quick recovery.

A native of Nimapara in Puri district,  Patnaik was elected to the Upper House for three terms in 1961, 1966 and 1978. In 2018, he was awarded with the Padma Shri. He was also one of the founder members of Nimapara Autonomous College.

In August last year, Patnaik was the first person to sign the campaign supporting the Chief Minister Naveen Patnaik’s suggestion of incorporating the word Ahimsa (non-violence) in the Preamble of the Indian Constitution.

Not a single case of coronavirus in Jharkhand