Envoys for a day: Meet three ‘Girl Changemakers’ from Odisha 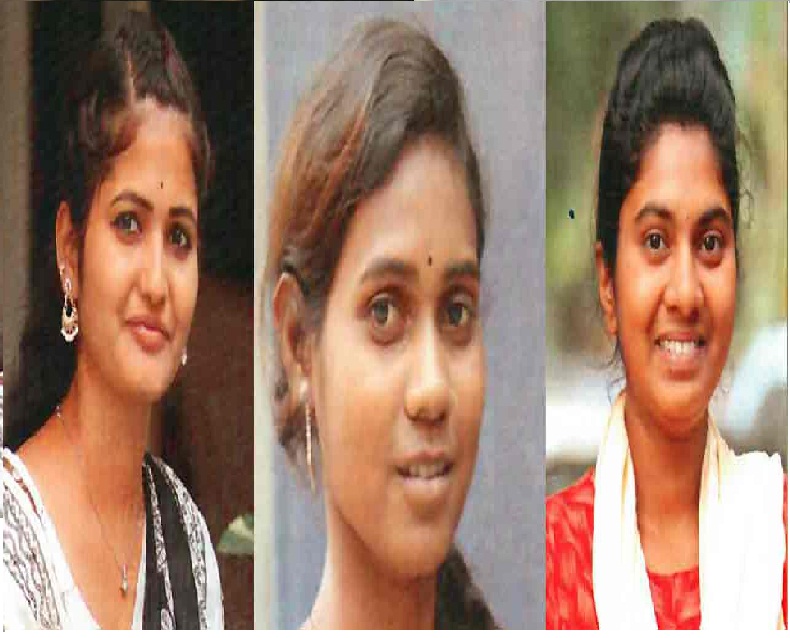 Bhubaneswar: Banita, Subhalaxmi and Ranimani from Odisha, who were among the 17 young girls selected by Plan India from across 10 states from underprivileged backgrounds as ‘Girl Changemakers’ on the occasion of the International Day of the Girl 2018, have earned once in a lifetime experience by taking charge as as ambassadors and high commissioners of three three different countries.

The three Odia girls relayed messages of equality, freedom and power for girls and young women.

19-year-old girl Banita from Mayurbhanj district, who had completed Auxiliary Nurse Midwife (ANM) training despite her parental resistance and concern, took over the Slovenia Embassy as the Ambassador for the day.

Banita, who has a special interest in mother and child healthcare, said: “As a trained Auxiliary Nurse Midwife, I would like remove all superstitions and blind beliefs among the people related to health and other issues.”

The Odia girl who is on a mission to bring a change in the society, has oriented over 200 girls on menstrual hygiene and held discussions on drinking water and sanitation with the elected village leader. Besides, she had participated in street plays creating awareness about the perils of open defecation and forcing her parents to construct a toilet in her own home.

The young girl had done commendable job by ensuring the regular attendance of seven children at school through active counselling of parents. She has also averted three child marriages in her village. The 19-year-old girl has won several awards and appreciation in areas of healthcare, especially in areas of parental and post-natal care.

Banita, who has helped many underprivileged women and girls in time of their crisis, had her own share of struggles, almost every single day. She faced various challenges and hardships to complete her primary education as her school was located 10 kms away from her home in a tribal area in the State. She had to cross the muddy road and wade through waist-deep water in rainy days to attend school.

Ranimani, a young girl from Mayurbhanj district in the State, is equally a bold and brave girl when it comes to helping girls and women in distress.

The Mayurbhanj girl stepped into the role of Ambassador of Israel Embassy on the occasion of the International Day of the Girl Child on October 11. Ranimani says she believes in “action”.

She was selected on the basis of her exemplary social works in her locality. A social crusader in her took birth when she came to know there is no separate toilet for girls in her school. Ranimani initiated a petition signed by a majority of girls at school and convinced her headmaster and village leader to construct a girls toilet on the school premises. This has helped girls to attend school who used to skip classes during their periods.

She also expressed concern about increasing crimes against women and girls in India. “Streamlining the judiciary to take immediate action against the wrongdoers or perpetrators of crimes against women is a pressing need,” the ‘girl changemaker’ said. “Justice delayed is justice denied”.

Rinamani, being the eldest of two sisters in a family that wanted sons, often faced discrimination and resistance when she wanted to pursue higher education. “Parents and teachers need to be accountable in case a girl drops out of a school,” she feels.

Subhalaxmi, another girl from Keonjhar district in the State, took over the European Union as the Ambassador. She kick started her mission to become a changemaker from her own home by turning down her marriage arranged by her parents at the age of 17 to continue her studies.

The young Odia girl, during her college days, had become a role model for many of her friends after her intervention has forced the college authorities to take action against a boy who used to stalk her friend for a long time.

As a leader of an adolescent girl’s group, Subhalaxmi taking the help of her Panchayat ended the practice of serving alcohol during a three-day festival as it creates conflict and disturbance in the area.

Besides, the Keonjhar girl dedicates some time to ensure the local lake is clean and re-enrol dropout girls in school. She has alos succeeded in delaying five child marriages and rehabilitated two children who were working as child labourers.

“Everyone, male and female, should enjoy equal political power, social justice and economic empowerment for the sustainable development of the nation,” the Odia braveheart spoke soon after her selection.

On the occasion of the International Day of the Girl Child (IDG), 17 Girl Changemakers from across 10 states stepped into the roles of ambassadors and high commissioners of 17 countries and relayed messages of equality, freedom and power for girls and young women.

Actor Anil Kapoor, who was a part of Plan International celebration of the International Day of the Girl 2018 on Thursday, says that the future of India is bright with more girls taking up positions of power.

“I am confident that with more and more girls taking up positions of power, our country’s future will definitely be bright. This is my 12th year of association with Plan India. I am always eager to lend my support to the cause of gender equality. It is inspiring to see young girls progressing with such confidence and rigor,” the actor said in a statement.

They have been selected through a rigorous screening process and will be bringing their unique perspectives to the national level.

This is the second year that Plan India and Diplomatic Missions have partnered to give girls the agency to share their stories of courage and leadership while expressing their unequivocal commitment to the larger movement of girls’ rights and leadership.

Bhagyashri Dengle, Executive Director, Plan India, says that “considering the crucial role that women play in a country’s economic and social development, there is a need for sustained efforts from all stakeholders to work towards the goal of achieving gender equality.”

Tomasz Kozlowski, Ambassador of the European Union to India speaking on behalf of all the 17 Diplomatic Missions said, “Girls Takeovers are a call for a social and political change to tear down the barriers that continue to hold girls back.

“Girls, boys, men and women all have an important role to play in building a society that empowers every member to reach their full potential. The empowerment of women and girls is critical in achieving Sustainable Development Goals, and diplomatic missions in Delhi are proud to participate to this year’s takeover.”