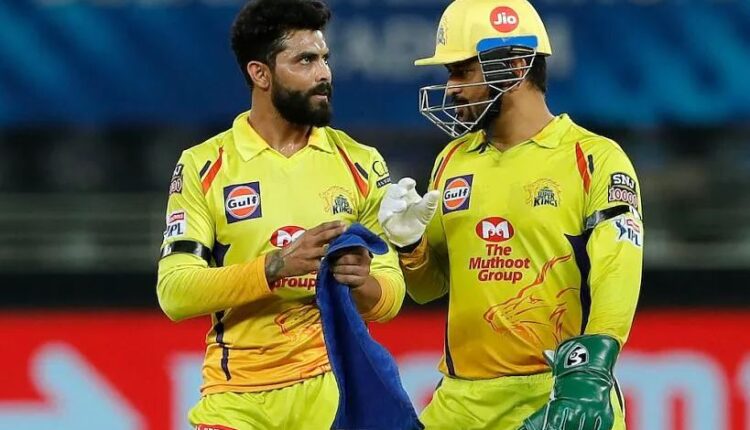 Mumbai: Former Australian cricketer and the current Chennai Super Kings (CSK) batting coach Michael Hussey has indicated that every member of the four-time IPL champions was behind new captain Ravindra Jadeja despite the string of early losses, adding that the team was looking at a couple of wins, which would help the all-rounder “feel more relaxed as captain”.

The IPL 2021 champions have lost all their four matches in the current edition of the tournament and are placed 10th and last on the points table, with critics attributing the poor run to a change in captaincy.

Hussey conceded that making Jadeja skipper was a huge change and everyone was supporting him as he tries to emerge a strong leader of the side.

“Yeah, it (making Jadeja skipper) is a big change. Obviously, MS Dhoni was the captain for such a long period of time and he has done an amazing job. But the great thing is that he is still here to help Jadeja along the way in his first year as captain. So, I know that Jadeja and MSD are talking almost every day about captaincy, about tactics and how leadership works along with Stephen Fleming the coach, and to try and make the transition as smooth as possible.

“Everyone respects Jadeja very highly and we are coming to terms with a new captain and how Jadeja likes to go about it. But, so far so good, he is doing a very good job, and I am just hoping we can get a few wins on the board very soon to help Jadeja feel more relaxed as captain. Everyone is supporting Jadeja and we are hoping for some victories very soon,” added Hussey.

Given the team’s current scenario, Hussey felt the best way to tackle the tough situations as a batter was to just concentrate on the ball while not worrying about anything else, and also “work with your partner at the other end”.

“The important thing is I guess is to work with your partner at the other end. There is two versus eleven out there, two in the middle batting against eleven people and you try and win the contest. It is one ball versus one bat. And, you try to win one ball at a time. So, if you start worrying about what the pitch is doing, or what the score is, or worrying about getting out, then you are concentrating on the wrong things. All you need to do is, try and concentrate on that ball coming down, and see every single ball as a contest, and you try and win that contest and move on to the next contest and it is amazing if you can keep winning those little contests and breaking it down into small parts, you can slowly start getting on top,” opined Hussey.

“But I still think it is important to work with your partner at the other end. Keep talking positively to each other, keep running hard between the wickets; keep doing the basic things very well and that is how you try and win those little tough pressure contests.”