Family feud: Man sets himself on fire in Odisha capital 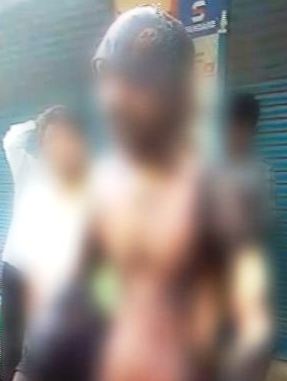 A person today set himself on fire near Mangala Temple at Rasulgarh Square in Odisha capital following a family dispute.

The victim, identified as Ramesh Barik, sustained 35-40 per cent burn injuries in the self-immolation attempt.

He was rescued by locals and admitted to Capital Hospital here. Barik was later shifted to SCB Medical College and Hospital in Cuttack as his condition deteriorated.

According to reports, Ramesh, a resident of Rasulgarh and barber by profession, had frequent quarrels with his wife as he used to beat her and their two sons after returning home in an inebriated state.

Unable to bear all these, his wife had recently left him and gone to her father’s house.

Ramesh yesterday tried to convince his wife to come back but in vain. In frustration, he poured petrol over his body today and set himself on fire near the temple.