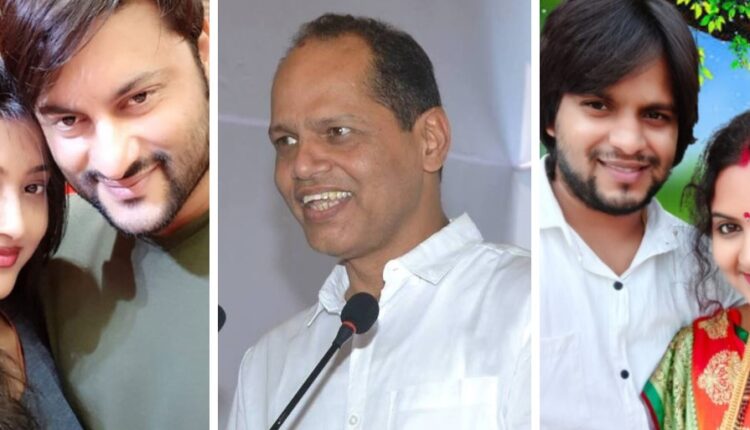 Bhubaneswar:2020, which is being termed as a dark year owing to the COVID-19 pandemic followed by a financial crisis, has proved to be a jinx for Odisha as well. Ever since its outbreak in the state in mid of March, the state is battling against the deadly virus.

As 2020 begins to recede into the past, we give you a sneak peek of the five most controversial events that hogged the headlines this year amid the pandemic. 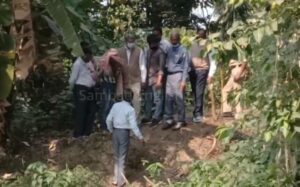 What shook the entire state this year is the alleged rape and murder of a five-year-old girl at Jadupur village in Nayagarh district. The incident that reportedly occurred on July 14, came to fore on November 24, after parents of the deceased attempted self-immolation in front of the state Legislative Assembly accusing Minister Arun Sahoo of shielding main accused Babuli Nayak.

As per the complaint, Pari went missing while playing near her house on July 13. On July 23, her decomposed body packed in a sack was found near a pond behind her house. Alleging that their daughter was kidnapped and murdered by one Babuli Nayak, her parents lodged a case with Nayagarh Sadar police.  On November 24, the couple attempted self-immolation outside the Assembly demanding justice for their daughter and alleging police inaction. Leaders of opposition parties targeted the government over the incident demanding the suspension of Minister Arun Sahu’s resignation.

As uproar by Opposition continued to stall Winter Session of the  Assembly,  Chief Minister Naveen Patnaik on November 27 ordered an SIT probe into the incident. After a few days of investigation, the SIT headed by IPS officer Arun Bothra informed on December 16 saying that the minor was sexually assaulted before being strangulated to death. In its report submitted to Orissa High Court, SIT mentioned that a stain of semen was found on the dress of the deceased. Blood samples of 37 persons were collected as a part of the probe and the prime accused was identified.

In a press meet on December 22, SIT Chief Arun Bothra made a startling revelation saying that Saroj Sethy strangulated the minor to death after she resisted to his rape bid. He later attempted to have sex with the body before dumping it in a bush near his house. Bothra also mentioned that the accused was addicted to pornography.

Also Read: Pari Murder Case: Accused Tried To Have Sex With Victim After Strangulating Her

On December 23, an ODRAF team recovered a pair of leggings of Pari from a pond that Saroj had dumped in. The SIT later recovered a blood-stained towel from the house of the prime accused. Bothra said the accused has confessed that he had used the towel to wipe off blood oozing from Pari’s nose. 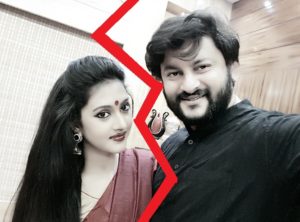 Ollywood power-couple Anubhav Mohanty and Varsha Priyadarshini, who were looked upon for some major relationship goals all these years, baffled their fans with the news of their legal fight for separation.

It all started on July 6 when Anubhav filed a divorce petition against wife Varsha in Delhi’s Patiala House Court on grounds of an unhappy conjugal life. However, the matter grabbed media attention later on August 7 after Varsha filed a domestic violence case against the actor-turned-politician. The case was registered with Cuttack SDJM Court for hearing. Varsha also accused her husband of being a habitual drunkard and having multiple affairs with his co-stars. Ever since, a series of allegations and counter-allegations continues to surface from both sides, including the actress’ complaint about her fear for life in her husband’s residence. There were also rumours doing the rounds that Anubhav has extra-marital affair with a national news channel anchor, who later had alleged that fans of the actress are tarnishing her personal image.

Meanwhile, the Supreme Court stayed the celebrity couple’s petition terming it a high-profile case and asked both parties to settle the issue amicably. 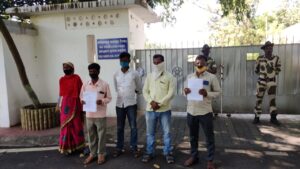 Reports state that Odisha Infratech Pvt Ltd, between June 2010 and June 2013, used Rabi Sethi, a driver of one of the directors of the company, to fraudulently purchase over seven acres of land allotted to people belonging to SC category in Sarua of Khordha district at a very low price.

The company apparently assured permanent jobs to the respective people in return and later appointed them on contractual basis before removing some of them from their jobs. Following that, the agitated and hapless people staged protest demanding justice.

On November 6, the Rashtriya Dalit Mahasabha lodged a complaint with the capital police station against Baijayant Panda and Jagi Mangat Panda in connection with the case. Again on November 8, over a hundred women under the banner of Dalit and Adivasi Mahila Manch staged protest at Master Canteen alleging that Biajayant Panda had exploited their people by acquiring their land unlawfully. Later on, the Crime Branch arrested Manoranjan Sarangi and Siba Prasad Srichandan, directors of Odisha Infratech Pvt Ltd,  for spearheading the scam years ago. Later, Manoranjan Sarangi resigned as director of Odisha Infratech Pvt Ltd and CFO of OTV.

On November 13, contractual employees of Tarang (Odisha Infratech Pvt. Ltd) staged for a peaceful protest at Sarua project site and sought intervention of Chief Minister Naveen Patnaik and Governor Ganeshi Lal in the matter. They also alleged the company didn’t pay their salaries during lockdown in spite of the clear guidelines from the Centre and state Government.

Later, the Pandas received interim protection from arrest from the Odisha High Court and blamed both the former directors of OIPL for orchestrating the entire scam.

Elsewhere, Keonjhar MP Chandrani Murmu wrote to Lok Sabha Speaker Om Birla seeking breach of privilege proceedings against OTV. The youngest Parliamentarian accused OTV reporter Ramesh Rath for perpetrating her morphed and obscene video with attempts to defame and harass her prior to 2019 elections. She also called out Jagi Mangat Panda and Baijayant Panda for shielding Rath after the crime. 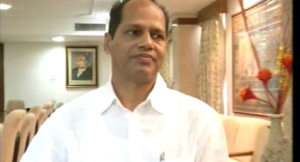 BJD Gopalpur MLA Pradeep Panigrahi was expelled from the primary membership of the party on the direction of party Supremo Naveen Patnaik after reports of his links with tainted IFS Officer Abhay Kant Pathak’s son Akash Pathak surfaced. Panigrahi landed in trouble after the Tata Motors Limited (TML) filed a lawsuit with Odisha Crime Branch against Akash Pathak for posing as the MD of the company’s Pune division and duping around 125 unemployed youth of a whopping amount of money assuring them of jobs in the company. Odisha Vigilance on November 27, arrested the Pathak father-son duo. The additional PCCF ( Plan Programme and Afforestation) was also suspended from his post.

As the Pathak father-son duo was arrested, the vigilance raided their personal and professional establishments in Bhubaneswar, Mumbai and Pune and confiscated disproportionate assets worth over Rs 9 crore initially. The Special Vigilance court later rejected their bail pleas of the Pathaks and they were remanded to judicial custody for 14 days at Jharpada Special Jail. Later, a 20-member Special Investigating Team (SIT) was formed which unearthed around Rs 17.52 cr from Akash’s bank accounts apart from jewellery, luxury vehicles, etc. Later, the Enforcement Directory (ED) sought the court’s permission to grill the Pathaks regarding their illegal financial transactions with expelled BJD MLA Pradeep Panigrahi.

Meanwhile, travel agency Sky King alleged forgery of over Rs 60 lakh by the Pathaks. Further investigations revealed that Akash was running his fake office from his father’s Government quarters.

Akash was later taken on a five-days remand on December 11. He was charged for duping at least 124 persons on job pretext. However, he refuted the forgery allegations while pleading innocence before for Bhubaneswar SDGM court.

On December 24, Abhay Pathak confessed that he himself had portrayed his son Akash as the MD of Tata Motors and the latter was spending the luxurious life on his money. 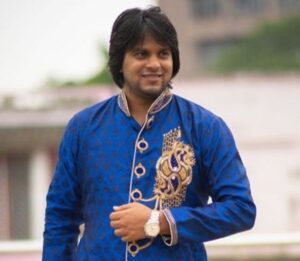 Motivational speaker and social worker Aditya Dash’ death on July 7 emerged as talk of the town after a series of inconsistencies showed up in statements and evidence during interrogation.

The Bhubaneswar GRP had recovered Aditya’s body from railway tracks near Lingaraj temple road station in Bhubaneswar and sent it for autopsy. They had seized a hand-written diary of the deceased that had mention of an old-age home under his ‘People for Seva’ banner. The diary also read a note that said that no one was responsible for his death. However, Aditya’s wife Bidyashree told the police that the former was fearful for his life in his last days. Also, parents of the deceased mentioned about a ‘psycho lady’ saying that she used to harass him often. Meanwhile, the autopsy report came in that attributed grievous injuries on head to his death. Following this, the GRP registered a murder case and started interrogation.

The statement of loco pilot of Purushottam Express train further raised eyebrows when he clarified that no mishap occurred on the track during the time period of Aditya’s reported death. The missing CCTV footage of the railway station on the day of incident was also missing swirling a lot of suspicions.

Later, on July 30, Odisha DGP Abhay directed the state Crime Branch (CB) to probe the incident. As the CB took over, they conducted a polygraph test on Bidyashree and three of Aditya’s aides Papu, Pritam and Bikash after the four gave mismatched statements throughout the series of interrogations, a month after Aditya’s demise. A marital discord between Aditya and his wife and his alleged mismanaged funds in the NGO was put under the scanner. Later, in August, Bidyashree moved to Odisha High Court appealing for CBI’s intervention.