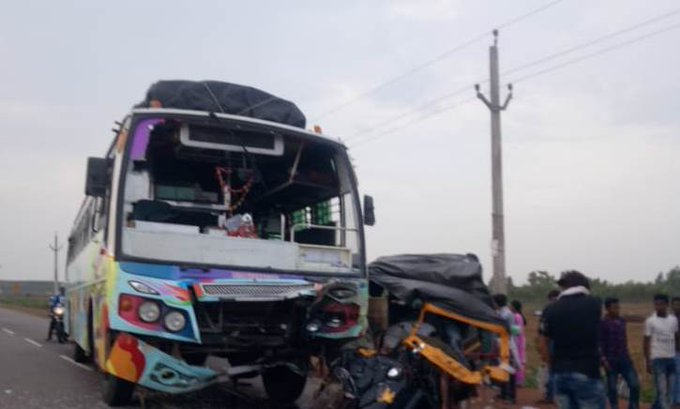 Koraput: In a tragic incident, four persons were killed and three others critically injured after bus hit an autorickshaw near a market in Odisha’s Koraput district today.

The incident occurred near Borigumma chhak on National Highway – 26 at around 5.30 pm to 6 pm today.

As per the available information, a private bus going towards Berhampur from Umerkote hit the auto-rickshaw, which was carrying seven people, while trying to overtake it near Borigumma in the district when the mishap took place.

According to police, four persons died on the spot while three others critically injured, who were immediately rushed to Borigumma hospital.

The identity of the deceased and injured was not immediately ascertained.

On being informed, the Borigumma police and fire brigade personnel reached the spot to look into the matter.

Free entry for women to protected monuments on Women’s…