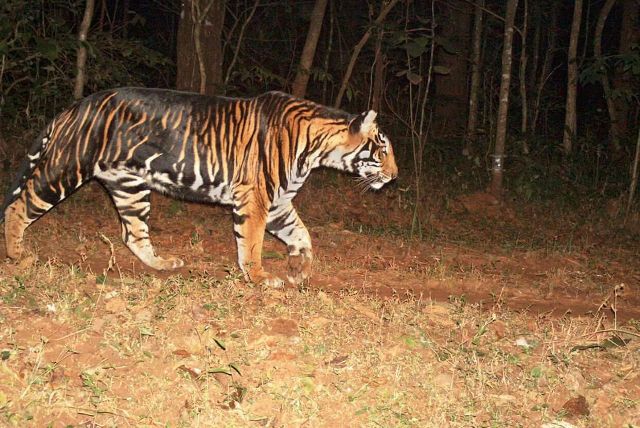 Bhubaneswar: Barely three days after Odisha reported its first black panther of big cat species in the forest of Sundergarh district, the wildlife lovers will be flooded with joy with another good news that four melanistic tigers were spotted in Similipal forest.

It is for the second time, Odisha reported the presence of melanistic tigers (with thick and darker stripes) in Similipal forest after 2007.

There are 15 normal tigers, seven white tigers and three melanistic tigers at Nandankanan Zoological Park situated on outskirts of Bhubaneswar.

Recently, Odisha added a record to its research by capturing the first photograph of a black panther or melanistic leopard at Garjanpahad Reserve Forest of Hemagiri range of Sundergarh forest division.

Mother Dairy to set up milk plant in Odisha