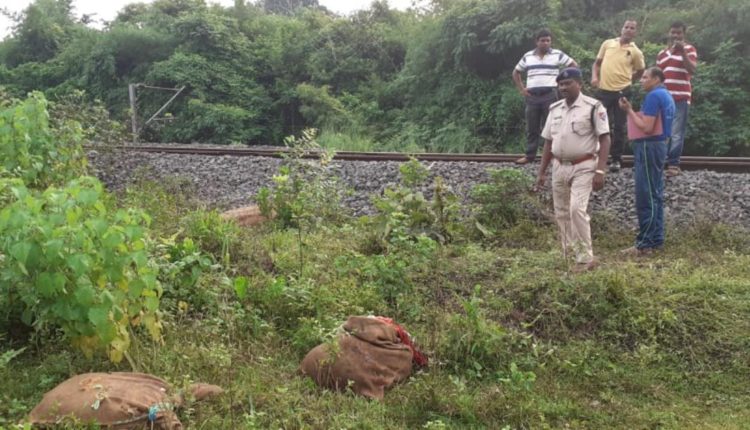 Dhenkanal: An illegal transportation of ganja on trains came to fore in Odisha after sacks containing the contraband fell on three railway employees from a moving train here in the district today.

The three staff engaged on the track as gangmen were injured in the incident. They were rushed to the District Headquarters Hospital (DHH) for treatment.

The incident took place in wee hour of Sunday between Dhenkanal Railway Station and Shyamacharanpur PH.

According to reports, the ganja was being smuggled on the Sambalpur-Howrah Express. Someone allegedly threw four sacks of illegal consignment from the moving train near Kainthapali that fell on three gangmen, who were on duty near the railway track.

On receiving information, the GRP personnel reached the spot and seized the ganja, which weighs around 1 quintal.