Goods train derails near Berhampur in Odisha, no casualty 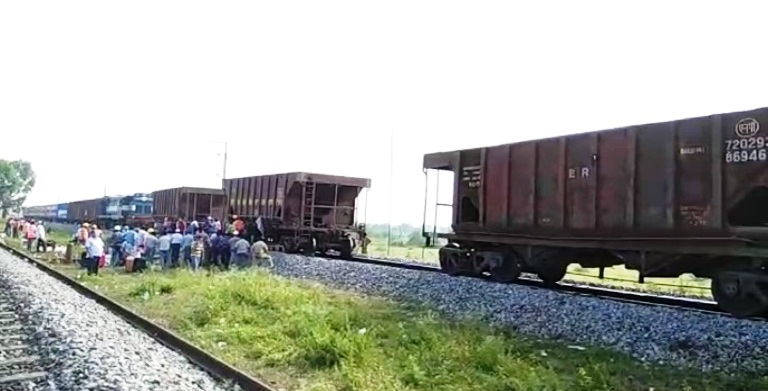 Berhampur: Two bogies of a goods train derailed between Berhampur and Golanthara railway stations this morning.

According to reports, the goods train was en-route to Waltair from Khurda Road in Odisha.

Following the incident, the railway officials reached the spot. Till the last report came in, the efforts were underway to bring back the bogies to the track.

However, the train services have been completely disrupted on the route.

As the track repairing work is underway, the railway authorities have cancelled Puri-Palasa and Bhubaneswar-Berhampur passenger trains. Other trains halted near Berhampur station will be operated on the down line.