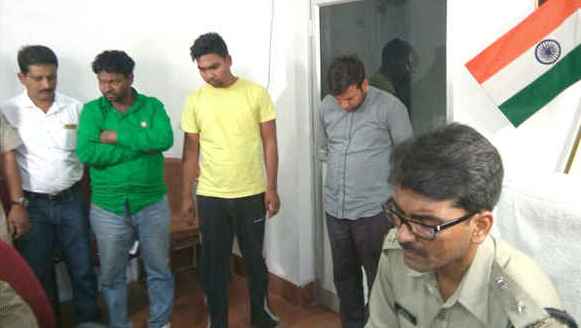 Police today cracked the Hyva truck robbery by arresting three members of a gang and seized 11 trucks in Sambalpur district.

The accused were identified as Babu Kank, Sudhir Parida of Sambalpur and Sunil Agarwal of Hirakud.

Around 19 dacoity cases have been lodged with police against him earlier, he said.

Acting on a tip off, Ainthapalli police arrested the three and seized 11 trucks.

The police had been trying to arrest these accused since a long time. The gang involved in the robbery used to sell the trucks outside Odisha by altering the engine and chassis numbers after robbery from different locations in the state.

Headmaster hacked to death over property dispute in Odisha’s Mayurbhanj