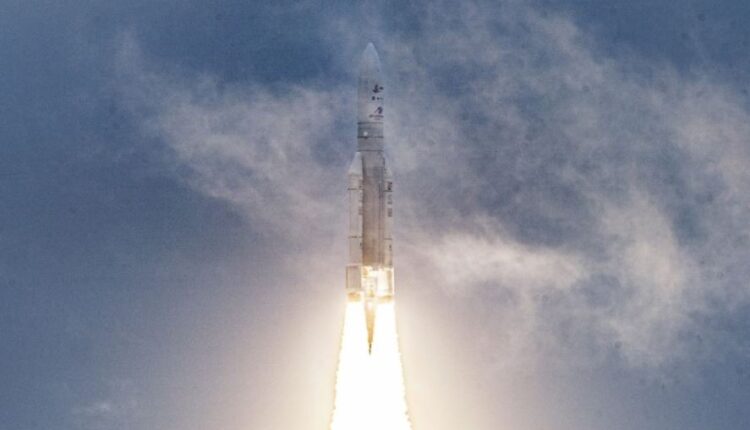 New Delhi: Described as the Apollo moment for science, NASA’s James Webb telescope — on its way toward its destination in orbit about 1 million miles from Earth — has begun six months of commissioning in space, before it scouts for first galaxies and distant worlds.

At the end of commissioning, the world’s largest and most complex space science observatory will deliver its first images.

The telescope’s revolutionary technology will explore every phase of cosmic history — from within our solar system to the most distant observable galaxies in the early universe, to everything in between.

Webb will reveal new and unexpected discoveries and help humanity understand the origins of the universe and our place in it.

A joint effort with ESA (European Space Agency) and the Canadian Space Agency, the Webb observatory is NASA’s revolutionary flagship mission to seek the light from the first galaxies in the early universe and to explore our own solar system, as well as planets orbiting other stars, called exoplanets.

It will study infrared light from celestial objects with much greater clarity than ever before, according to NASA.

“The James Webb Space Telescope represents the ambition that NASA and our partners maintain to propel us forward into the future,” said NASA Administrator Bill Nelson.

“The promise of Webb is not what we know we will discover; it’s what we don’t yet understand or can’t yet fathom about our universe. I can’t wait to see what it uncovers!” he said in a statement after the successful launch on Saturday.

Many cosmic objects – including stars and planets, as well as the gas and dust from where they form – emit infrared light, sometimes called heat radiation. But so do most other warm objects, like toasters, humans, and electronics.

That means Webb’s four infrared instruments can detect their own infrared glow.

To reduce those emissions, the instruments have to be really cold – about minus 388 degrees Fahrenheit (minus 233 degrees Celsius).

But to operate properly, the detectors inside the mid-infrared instrument, or MIRI, will have to get even colder: minus 448 degrees Fahrenheit or minus 266 degrees Celsius.

After launch, Webb will unfold a tennis-court-size sunshield that will block MIRI and the other instruments from the Sun’s heat, allowing them to cool passively.

Beginning about 77 days after launch, MIRI’s cryocooler will spend 19 days lowering the temperature of the instrument’s detectors to less than 7 kelvins, according to NASA.

One of Webb’s big science goals will be to study the properties of the first generation of stars to form in the universe.

Webb’s Near-Infrared Camera, or NIRCam instrument, will be able to detect these extremely distant objects, and MIRI will help scientists confirm that these faint sources of light are clusters of first-generation stars, rather than second-generation stars that form later as a galaxy evolves.

By peering through even thicker clouds of dust than the near-infrared instruments, MIRI will reveal the birthplaces of stars.

“It will also detect molecules that are common on Earth — like water, carbon dioxide, and methane, and those of rocky minerals like silicates — in cool environments around nearby stars, where planets may form,” the US space agency, said.

The premier mission is the scientific successor to NASA’s iconic Hubble and Spitzer space telescopes, built to complement and further the scientific discoveries of these and other missions.

From Bachchans to Kapoors: Here’s how Indian celebrities spent their Christmas

10-day night curfew to be imposed in Karnataka from Tuesday