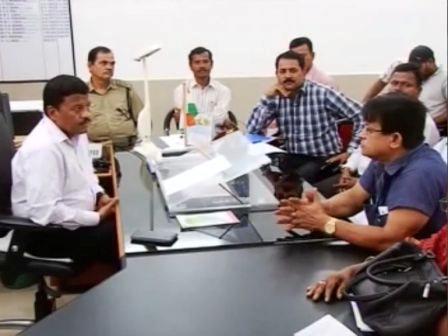 The Odisha government has decided to implement the proposed hike in entry fee at Konark temple from Monday.

Religious places, malls in Odisha to remain closed till June 30

After keeping aside the Archaeological Survey of India’s (ASI) decision to collect hiked entry fee at the 13th century Hindu temple for nearly a month, the Puri district administration today decided to introduce the revised fee from Monday following a meeting with Konark Suraksha Samiti (KSS), a local outfit protesting the hike.

The district administration, however, allowed the locals to take a free tour to the World Heritage Monument once in a week i.e, on Saturday.

“We held a meeting with the representatives of Konark Suraksha Samiti. Following this, the hiked entry fee will be collected at Konark from May 23. We have communicated the demands of the Samiti regarding peripheral development to the government. Next course of action would be taken after getting a response from it,” Puri Sub-Collector Uddhav Charan Majhi said.

He further said: “The Samiti had demanded free entry to locals on Saturdays. We had conveyed this to the ASI officials and they agreed to it.”

“We had demanded free entry for the locals to the temple and they have agreed to it. Though they haven’t given anything in writing, they have assured us to focus on peripheral development and conservation of the monument. Following this, we agreed to the hiked fee to be collected from May 23. Our concern is that visitors should get amenities as they are buying tickets to see the monument,” KSS president Badal Kumar Das said.

Notably, the Archaeological Survey of India (ASI) had last month announced three-fold hike for domestic visitors and 100 per cent for foreign tourists for entry into the historic monuments, including Konark temple, across the country.

The ticket price was increased from Rs 10 to Rs 30 for the domestic visitor, while the entry fee for foreign tourists was doubled from Rs 250 to Rs 500 subsequently.

Congress and BJP take on Odisha govt on its second anniversary