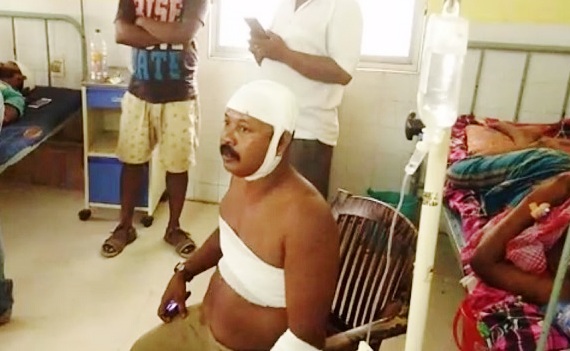 Puri: A Home Guard on duty was attacked with sharp weapons allegedly by two miscreants near Masani Chandi Chhak early this morning. However, the Home Guard identified as Gunamani Rout was later admitted to hospital for treatment.

Doctors at the hospital said Rout has sustained grievous injuries in his hand, head and back.

Sources said bombs were hurled at Gokha Sahi under Baseli police limits in the district over land dispute two days back. Suspecting involvement of two local youths, police had tightened security and carried out patrolling to avoid any untoward incidents further.

At around 5.30 AM today, police saw the two youths in the locality and chased them. However, the duo managed to escape the spot.

Later, the two youths came across the Home Guard, who was on duty near Masani Chandi Chhak. Finding him alone, the duo allegedly attacked him with a sword leaving him critically-injured.