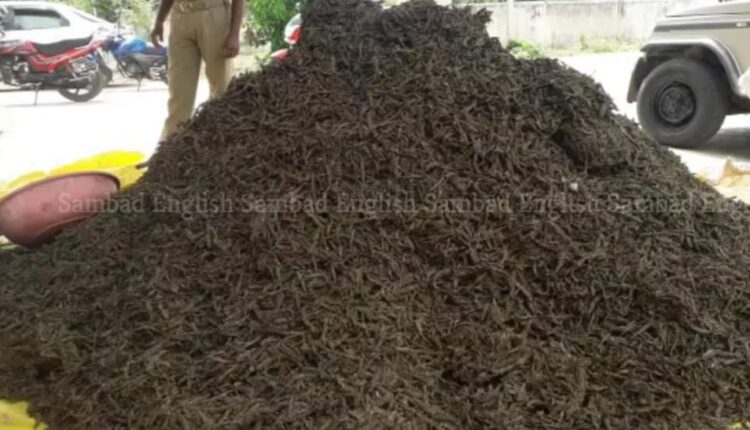 Birmaharajpur/Jeypore: Huge cache of ganja (cannabis) was seized and a total of six people were arrested in connection with smuggling of the contraband item in different parts of Odisha today.

In Birmaharajpur, the Special Task Force (STF) along with local police searched a pick-up truck in Subalaya area of Subarnapur district on basis of a reliable information. During the search a total of 4.8 quintals of ganja were recovered from the vehicle.

Ganja worth Rs 10 lakh seized in Bhubaneswar while being smuggled to Kolkata; 3 held

An official said the seized ganja is estimated to be more than Rs 30 lakh. Though four persons were arrested for their alleged involvement in the smuggling, one gave a slip to the sleuths. The STF also seized Rs 9.77 lakh, a Honda City car and the pick-up truck from the possession of the four smugglers.

The four accused were Narayan Patra from Kashalapur, Sanjay Meshawa from Rairakhol, Sourav Kumar Barik from Birmaharajpur and Sushil Mishra from Madhya Pradesh, the official added.

In another incident, two youths from Uttar Pradesh were arrested by Jeypore Sadar Police for allegedly smuggling 151 kg of ganja.

Acting on a tip-off, the Jeypore Sadar Police searched a car going towards Raya district from Jalaput late night. When the cops searched the vehicle, they found ganja packed in large polythene bags.

Also, two mobile phones, Rs 1,700 cash and the car were seized. The accused were Sagar Choudhury and Akash Choudhury from Raya district.

A police official informed when being questioned the two youths from Uttar Pradesh accepted that they purchased ganja from a farmer through a broker and taking the contraband item to Uttar Pradesh.

After registering a case, police launched an investigation into the matter.

Woman poses as US official, dupes Gurugram man of over Rs 1.24 cr

Over 1 quintal ganja seized from house in Bhubaneswar; 3…