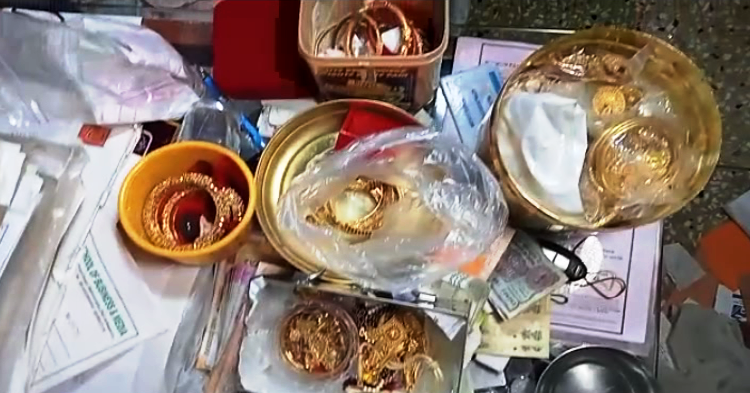 Bhubaneswar: Vigilance sleuths today raided the office and residences of a senior employee of Odisha Staff Selection Commission (OSSC) on charges of acquisition and possession of property disproportionate to his known sources of income.

Three teams of the anti-corruption wing conducted the raid at six places associated with Biranchi Narayan Sahoo, Private Secretary to a member of OSSC, in Cuttack and Bhubaneswar.

During the search drive, the officials, including four DSPs and 13 Inspectors, unearthed two double storeyed buildings, nine plots and cash amounting to over Rs 25 lakh in his and his family members’ names, till the last report was filed.

Vigilance sources said huge amount of cash, gold jewellery, documents pertaining insurance  and investments in shares and bonds have been recovered from Biranchi’s residence. Of the cash seized, Rs 13 lakh was recovered from the house of Biranchi’s brother-in-law.

However, the exact amount of disproportionate assets that the senior staff has possessed will be ascertained after completion of the raids.