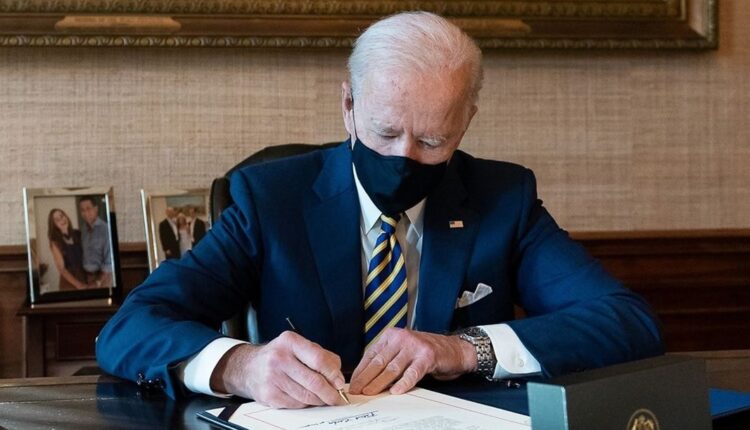 New York:  “Withdrawn”. A single word on a thick bureaucratic file on the seventh day of the Biden administration delivered a huge win for spouses of workers on H1B visas in the US who spent the last four years worried sick that their work authorisations would be killed off.

The latest development brings to an end years of effort by the Donald Trump administration to rescind an Obama era regulation that allowed a certain subset of spouses of H1B visa holders to work in the US. Up until the summer of 2015, H4 visa holders could not legally hold paid employment in the United States. Almost as soon as Obama changed the game, the lawsuits followed and then the Trump presidency took the attack on the H4 work permit to a whole new level.

On text messages, chat groups and online threads, the outpouring of relief played out online on Tuesday evening. “Great news! Hopefully H4EAD delays will be ending soon which is leading to a long wait for dependent spouses,” tweeted Rashi Bhatnagar.

From the time the skewering of the H4 work permit (called the EAD) began in Fall 2017, the proposed rule has been published seven times for ongoing review, keeping the H4 community on cliff-edge. The Trump government justified the move saying it is “economically significant” and aligns with the “Buy American and Hire American” executive order, which was mostly code for keeping foreign workers out of the US and flinging red meat to the Trump base. Now, the backlink to that Trump executive order ends up as a 404 (page not found) error and re-routes to the Biden White House.

“Removing H-4 Dependent Spouses from the Class of Aliens Eligible for Employment Authorization” was a Trumpian agenda pursued by White House immigration hawks with intense zeal and inter-agency collaboration. It was being reviewed by the Office of Management and Budget (OMB) and Office of Information and Regulatory Affairs (OIRA), where it was parked for months. The pressure on the H4 community never really let up since Trump took office.

The decision to rescind the proposed rule on revoking the H4 work permit came on the same day Biden signed an executive order calling for the practice of racial equity in the United States. Data from the US government show that Indian and Chinese workers account for the lion’s share of H1B visas. H4 visas typically follow the same trajectory. Indians filed 74 per cent of all H1B petitions in fiscal year 2019. Chinese filed 11.8 percent.     (IANS)

(Nikhila Natarajan can be reached at [email protected])