I was sent to Tihar jail for not joining BJP: Karnataka Congress chief 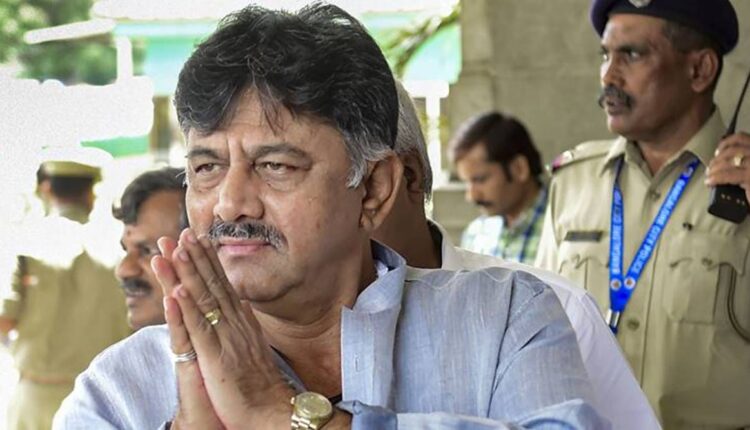 Belagavi (Karnataka): Karnataka Congress President D.K. Shivakumar said on Monday that he was sent to Tihar jail for not joining the Bharatiya Janata Party (BJP).

Reacting to BJP minister K.S. Eshwarappa’s statement as to why he went to Tihar jail, Shivakumar said, “I was lodged in prison for not supporting you (BJP). I was jailed because people were upset that I didn’t join the BJP.”

The Congress leader further said that there are records of what he is saying.

Shivakumar was arrested on charges of money laundering by the Enforcement Directorate (ED) and was lodged in Tihar jail for 50 days in 2019.

Shivakumar questioned the ruling BJP as to why it is hesitant on implementing the Mahadayi project.

“The BJP is in power in the state as well as at the Centre, then why is the delay,” he asked.

“Chief Minister Basavaraj Bommai knows everything. He has handled the water resources portfolio. But his Cabinet minister Eshawarappa is talking about change of Chief Minister in the state. He also said that Karnataka is on top of the list in terms of corruption,” Shivakumar said.

He also ridiculed former Chief Minister B.S. Yediyurappa for stating that he would finish the Congress in the state.

“Yediyurappa’s close aides have been raided, and he is tortured in the party everyday. That is why he is venting all his frustration on the Congress. He can’t do that against anyone in the BJP,” Shivakumar said.

He added that BJP leaders in Karnataka are themselves creating instability in the state government.