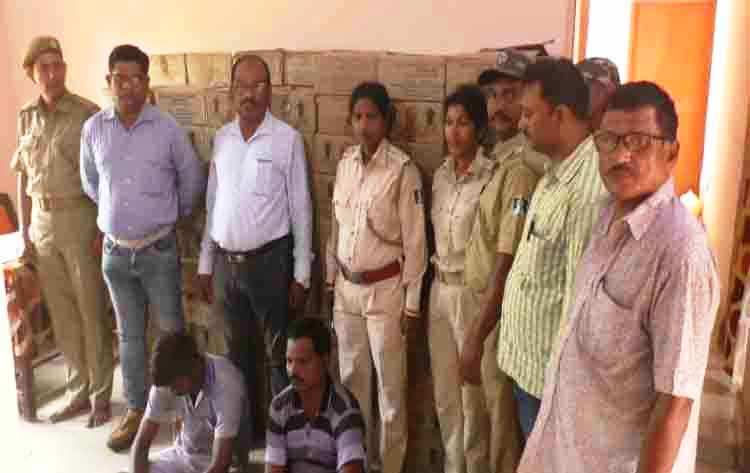 The two arrested are Prashant Sahu of Anko village and Adarsh Rout of Jamugan village.

Acting on a tip-off, an eight-member team of Excise officials conducted a raid this morning and detained the van carrying the liquor. They later seized the vehicle and arrested two persons, who were later produced before court.