India should have had dialogue with Taliban: Asaduddin Owaisi 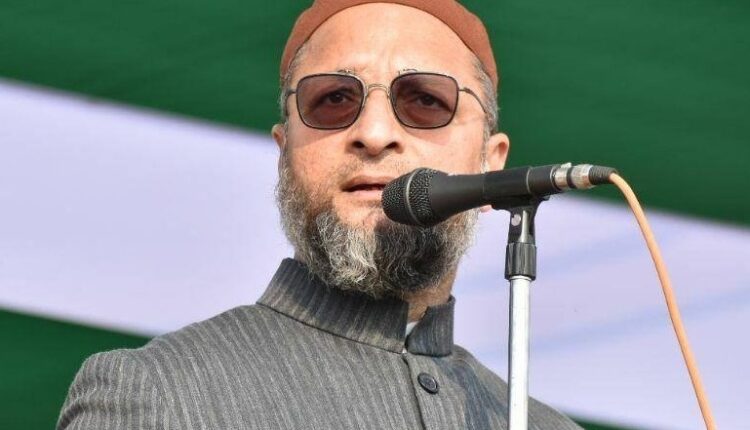 Hyderabad: India should have had a dialogue with Taliban but the Narendra Modi government wasted seven years and failed to read what was happening in Afghanistan, said AIMIM President Asaduddin Owaisi on Monday.

The Hyderabad MP said now that Taliban is in complete control of full Afghanistan, but India has no communication or talks with them. He said all international security experts had suggested that India should have dialogue with Taliban.

“India should have had a dialogue. We should have opened some sort of informal or formal talks with Taliban. We lost time. For last seven years Modi government failed to read what was happening,” he told reporters.

He pointed out that India spent $3 billion on reconstruction of Afghanistan. It constructed Afghan Parliament building which was inaugurated by Prime Minister Modi with then Afghan President Ashraf Ghani. The Salama dam was built with India’s money while scholarships were given for Afghan students who came to India.

Owaisi said the serious worry for India were many ungoverned spaces in Afghanistan.

“Al Qaeda and ISIS have moved their core headquarters and shifted recruitment from Iraq and Syria to Afghanistan. Jaish-e-Mohammed has now entrenched in Helmand area. All security experts have said this.”

He recalled that when he had raised the issue in Parliament, he was criticised and scoffed at for advocating dialogue with Taliban.

“We know what Taliban stand for. We don’t agree with their methods and regressive policies but can you imagine what will happen with all those ungoverned spaces. It’s definitely huge problem and can become bigger in future,” Owaisi added.

He termed as “completely bogus” the statement by Rashtriya Swayamsevak Sangh (RSS) chief Mohan Bhagwat that if dependence on China increases, we will have to bow before it.

Owaisi said Bhagwat knows very well that Chinese PLA is sitting in Indian territory and Indian Army is not able to patrol those areas.

“The Prime Minister of India who ideologically belongs to RSS is afraid to even use word China. If Mr Mohan Bhagwat is a true nationalist, he should say Chinese PLA is sitting in Indian territory,” the AIMIM leader said.

He asked the RSS chief who brought demonetisation and destroyed the economy. “Who is responsible for the state of economic affairs. It’s Modi government. Is Mr Bhagwat living in reality or not. Can’t he see sufferings of common people of India because of wrong economic policies of the Modi government,” he added.