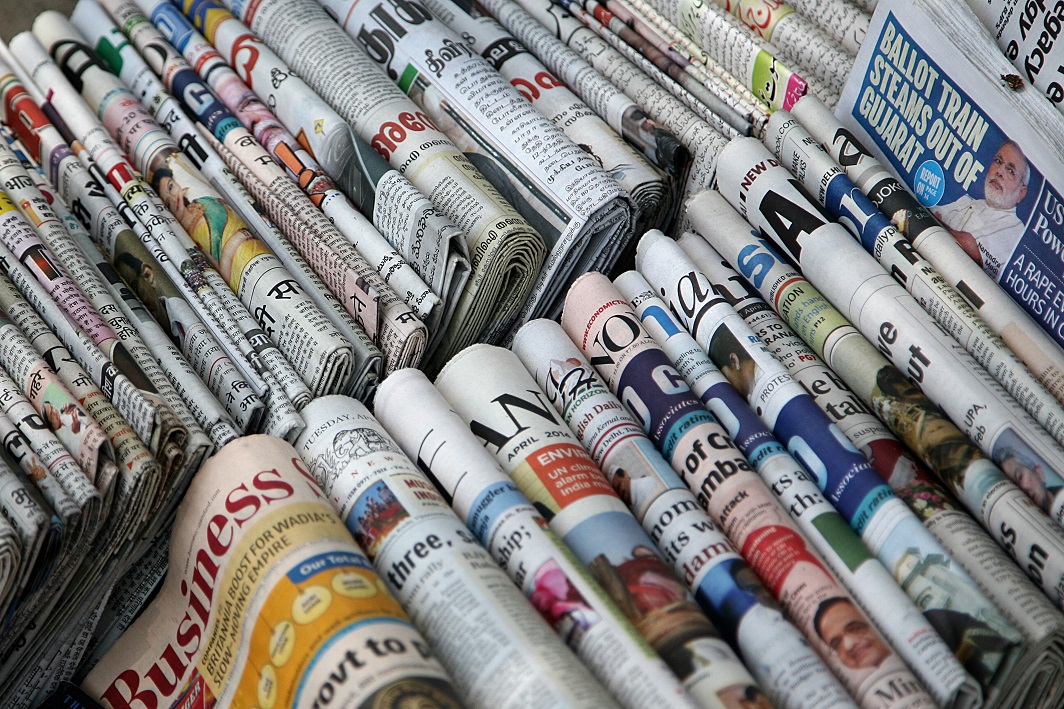 Sonepat: The Indian media is functioning freely and vigorously despite problem areas like criminal defamation and sedition and aberrations such as paid news, veteran journalist N. Ravi, the publisher of The Hindu group of newspapers, has said, adding that few vocations can compare with the excitement of working in a newsroom.

“In the overall context, the Indian media is functioning freely and vigorously though there are some problem areas such as criminal defamation and sedition. Despite aberrations such as paid news and battles on television, it has served the nation well,” Ravi noted while speaking on freedom, responsibility and accountability of the Indian media at the 10th anniversary of the Jindal Global Lecture Series here.

Government warns WhatsApp against misuse of its platform

“It is diverse with different voices and a multiplicity of viewpoints though the quality of journalism needs to be improved. With highly educated idealistic youth coming into the profession in larger numbers from universities such as Jindal Global University, the future looks bright for the Indian media.

“Few vocation can compare with the excitement of working in a newsroom, work that the Nobel prize winning writer Gabriel Garcia Marquez, who started life as a journalist, described as ‘the best job in the world’,” Ravi added.

At the same time, he also struck a note of caution, saying that despite constitutional and judicial guarantees, “some serious concerns” remain on Indian laws and their enforcement when it comes to the media.

One of the laws most commonly invoked against journalists and media organisations is Section 499 of the Indian Penal Code on criminal defamation that says: “Whoever, by words either spoken or intended to be read, or by signs or by visible representations, makes or publishes any imputation concerning any person intending to harm, or knowing or having reason to believe that such imputation will harm, the reputation of such person, is said, except in the cases hereinafter expected, to defame that person,” Ravi said.

He contended that the standard by which speech was to be judged was enunciated by Justice Vivian Bose in 1947 and endorsed later by the Supreme Court: “That the effect of words must be judged from the standards of reasonable, strong minded, firm and courageous men, and not those of weak and vacillating minds, nor of those who scent danger in every hostile point of view.”

“Criminal defamation is regarded as disproportionate to the offence and inhibiting free media from functioning effectively, Ravi maintained, adding: “A challenge in the Supreme Court that the criminal defamation law was an unreasonable restriction on freedom of speech failed in 2015.”

Thus, with the court route “closed for the time being, the only way out seems to be the legislative route to amend the law,” Ravi said.

Prof. (Dr.) C Raj Kumar, Founding Vice Chancellor, Jindal Global University (JGU), in his opening remarks, said: “Twenty years ago, I was with Mr. Ravi, discussing the idea of forming a University and he had shared his vision and valuable insights about how to make it a reality…On a personal level, Mr. Ravi has also been my mentor and a source of inspiration.”

Cop critical after being attacked by smugglers in Odisha