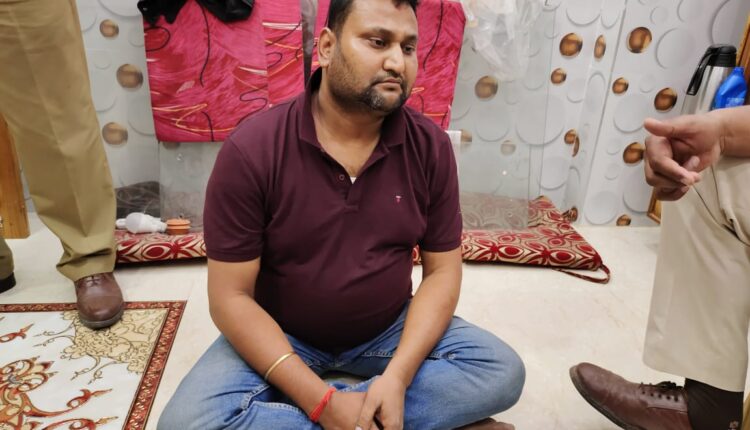 Bhubaneswar: The mastermind behind smuggling of liquor in a water tanker in Odisha on February 28 had taken cues from the blockbuster movie ‘Pushpa: The Rise’, said an Excise official today following the arrest of the accused.

Late night on February 28, the Dhenkanal District Excise officials became suspicious finding a tanker with drinking water written on it and being parked on roadside near Mahidharpur. During search the sleuths recovered 1,070 cases or 9224.8 litres of liquor from the tanker.

The Excise officials questioned the driver about the liquor kept clandestinely in the tanker and found the truck was going towards Angul. They seized the truck and arrested Bijendra and Satish Nandal of Haryana and Abinash Moharana from Godidiha village under Motanga police limits following the liquor recovery.

Special teams of the Excise Department were formed who conducted raids at different places for last 11 days, the Excise official added.

Today morning, a team of official raided a four-storey building at Nuagaon on the outskirts of Bhubaneswar and arrested Raj Kumar for his alleged involvement in the liquor smuggling in the tanker.

The Excise official added Raj Kumar, who hails from Gudeikateni in Dhenkanal district, confessed during the questioning that he was inspired by ‘Pushpa’ movie and carried out smuggling of liquor in an innovative way.

Investigation shows Raj Kumar and his family have been allegedly involved in ganja and liquor smuggling.

When asked about his reaction, Raj Kumar said his real name is Jagamohan Sahu and in Truecaller app he had saved his name as ‘Raj Kumar’.

Puri: Shree Jagannatha Temple to remain open on Sundays too